‘Celebrity’ lawyers, kin of judges to fight cases in SC : The Tribune India

‘Celebrity’ lawyers, kin of judges to fight cases in SC

CHANDIGARH: The state government has gone in for “celebrity” lawyers and kin of judges to defend its cases before the Supreme Court and other courts outside Chandigarh. 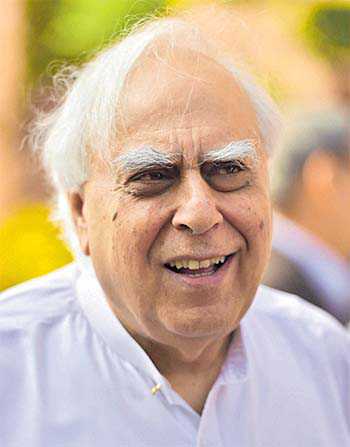 The state government has gone in for “celebrity” lawyers and kin of judges to defend its cases before the Supreme Court and other courts outside Chandigarh. It has also increased per appearance fee for “category A-1” counsel from Rs 2.5 lakh to Rs 3.30 lakh.

The panel of 73 advocates for “conducting/defending cases in the Supreme Court as well as other courts situated outside Chandigarh”, was made public today leading to resentment of sorts among a section of Bar. Dubbing it as “VIP list”, some Bar members minced no words to say names of “many” other meritorious advocates had been left out of the board.

The panel also mentions senior advocate Deepinder Patwalia’s name in the list of category ‘A-2’ counsel, despite his polite refusal to accept the offer as a majority of the cases handled by his office are against the State of Punjab and its instrumentalities.

A communication by the Punjab Department of Home Affairs and Justice (Judicial-I Branch) to state Advocate-General Atul Nanda on the modified board says the state government, after careful consideration, has decided to revise the panel of counsel, who may be engaged from time to time for representing the State of Punjab in the Supreme Court as well as the courts situated outside Chandigarh.

The list of category A-2 counsel, among others, carries names of wards of former Punjab and Haryana High Court Judges and Supreme Court Judges, including Akshay Bhan and Puneet Bali. The per appearance fee fixed for the category is Rs 2, 20,000.