SRINAGAR: The Army on Thursday said it had neutralised an attempt by militants to sneak into the Valley by killing four militants in a gun fight near the Line of Control (LoC) in north Kashmir’s frontier Kupwara district. 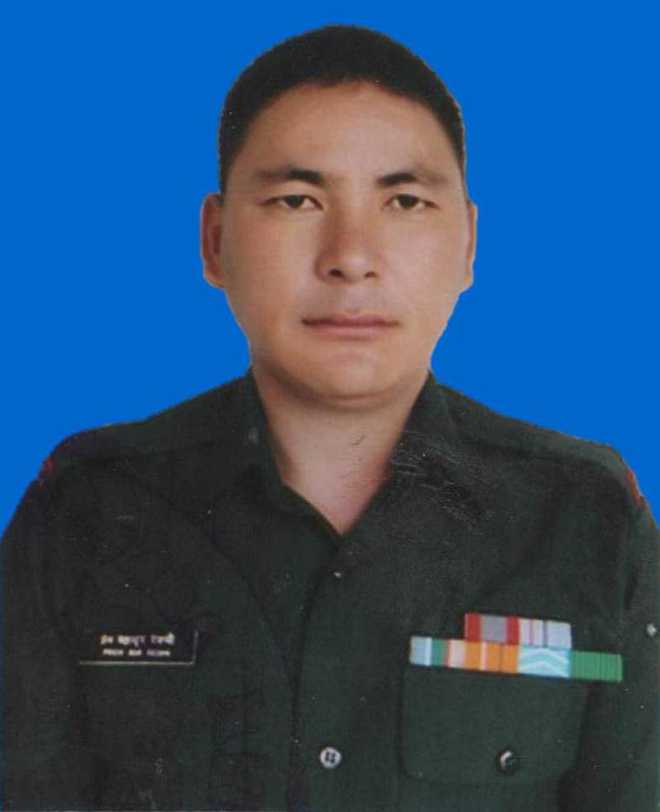 The Army on Thursday said it had neutralised an attempt by militants to sneak into the Valley by killing four militants in a gun fight near the Line of Control (LoC) in north Kashmir’s frontier Kupwara district.

An Army soldier was also killed in the gunfight that is still underway in Tangdhar sector, some 140 kilometres from Srinagar.

The infiltration bid was foiled by the Army manning the LoC when they spotted a group of militants moving from across the border towards LoC at midnight. The gun fight broke when the militants were challenged and they opened fire which was retaliated.

“In the operation that is still underway, four militants have been killed and one soldier has got injured,” defence sources said. “We also lost one of our soldiers,” they added.

The slain soldier has been identified as Lance Havildar Prem Bahadur Reshmi Nagar  of Nepal.

This is the second infiltration bid foiled by the Army in Kupwara district since Tuesday. A militant and a soldier were killed in neighbouring Machil sector in a gunfight when the Army intercepted a group of militants at Katwara forest area in the sector. Four soldiers were also injured in the Machil gunfight. The search operation in the Machil sector is still continuing to track the militants.