3,000 trees to be felled for Rudraprayag road widening

DEHRADUN:Over 3,000 trees will be felled for widening of the Rudraprayag-Gaurikund road in Rudraprayag district under the All-Weather Roads Project. 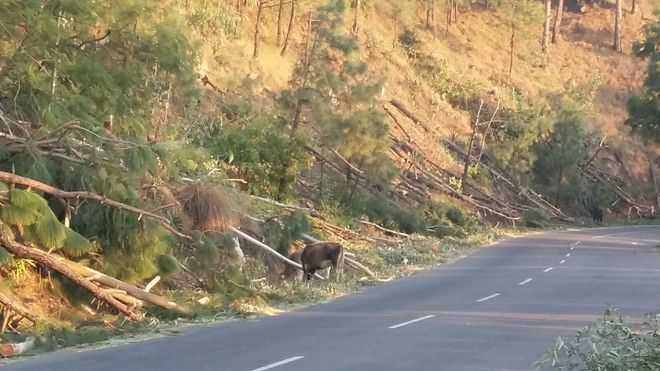 Over 3,000 trees will be felled for widening of the Rudraprayag-Gaurikund road in Rudraprayag district under the All-Weather Roads Project.

Prime Minister Narendra Modi had in the presence of Union Minister for Road Transport and Highways Nitin Gadkari launched the All Weather Road Programme for Uttarakhand last year. Improved road connectivity plays a key role in facilitating the pilgrims visiting the state during the Char Dham Yatra. The 889-km all-weather road network covers eight districts of the state and will be built at a cost of Rs 12,000 crore.