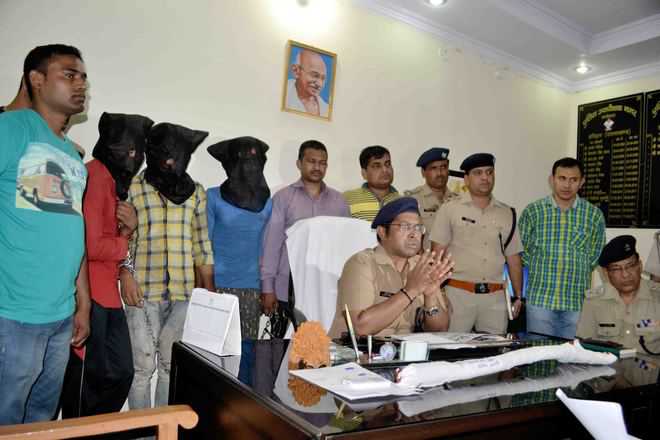 The three confessed to their involvement in the triple murder, which took place in the Jhabri Peer jungle, near the Tibdi bypass, a few kilometres from the city’s congested Chandracharya square.

Haridwar SSP Rajeev Swarup said on June 12, the accused had gone to a mazar in the Jhabri Peer jungle area. They transport Coca Cola bottles in their truck to various parts of Uttar Pradesh and Uttarakhand.

“When they went inside the forest, they met 40-year old Sheela, a resident of Lodhamandi, who had come to collect wooden sticks. Akbar and Vakil first interacted with her and later asked for sexual favour. As Sheela refused, both tried to molest her. Meanwhile, Kanti Devi, 67, resident of Lal Mandir, Jwalapur, who was also in the forest to collect wood, tried to save Sheela. Kanti Devi stuck all three with a wooden log and Sheela managed to escape. This infuriated the three. Chand Mohammed hit Kanti Devi with a stone and she died instantly. They chased Sheela again and in the meanwhile Ram Asrey, a resident of Atauli, Badlapur, heard her cries and confronted the trio. Vakil fired at Ram Asrey and strangulated Sheela with her dupatta,” said the SSP.

Circle Officer Prakash Singh Dewli said the police team had recovered the mobile phone of Ram Asrey from the possession of Akbar. It had also recovered from the forest the country-made pistol and the wooden stick used in the crime.

After four rounds of counting in the assembly polls, Gadhvi ...