At 9.9°C, city colder than Srinagar : The Tribune India

At 9.9°C, city colder than Srinagar

CHANDIGARH: As foggy conditions continue to prevail, the city turned out to be colder than Srinagar on Sunday. 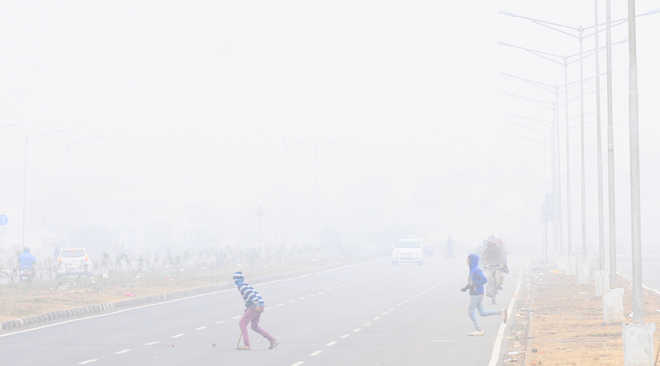 As foggy conditions continue to prevail, the city turned out to be colder than Srinagar on Sunday. The maximum temperature was recorded at 9.9°C, the lowest in January so far this year.

Dense fog has severely hampered air, rail and road traffic. Eight flights operated on Sunday while seven were cancelled due to poor visibility. Met records revealed that visibility was less than 150 metres around 8:30 am in the city.

Even long route trains were delayed by half an hour from their scheduled time.

As per the Met reports, the maximum temperature in Shimla and Dharamsala were 18°C and 14.2°C, respectively. Met Department Director Surinder Pal Singh said, “Foggy weather will improve and it will be a sunny day on Monday.”

The maximum temperature will be 16°C and minimum 6°C.