Billie Eilish has spoken out against the way she is celebrated for wearing “baggy clothes”, stating that she thinks there is a “slut-shaming element” to the way people discuss her fashion sense. 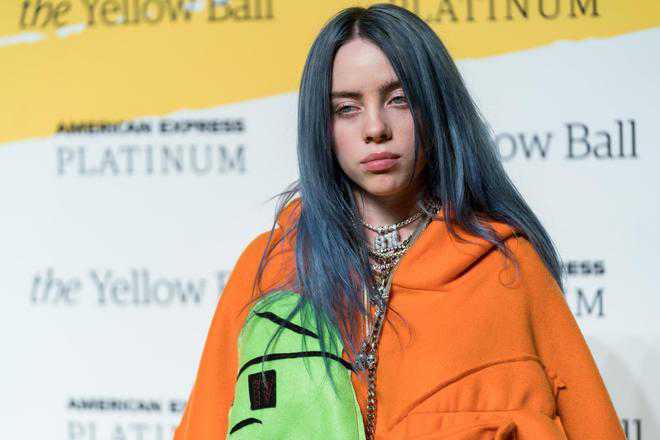 Billie Eilish has spoken out against the way she is celebrated for wearing “baggy clothes”, stating that she thinks there is a “slut-shaming element” to the way people discuss her fashion sense.

The 17-year-old singer spoke about her aesthetic in an interview with singer Pharrell Williams for V magazine. During their discussion, she explained that while she understands that some of the conversation around her dress sense is “positive”, she doesn’t appreciate its sexist undertones.

When questioned by Williams about the common misconceptions people have about her, Eilish said: “The positive comments about how I dress have this slut-shaming element. Like, ‘I am so glad that you’re dressing like a boy, so other girls can dress like boys, so that they aren’t sluts’.

“That’s basically what it sounds like to me. And I can’t overstate how strongly I do not appreciate that, at all.”

The singer, who lives with Tourette’s syndrome, continued, adding that she thinks people often wrongly believe that she dresses in baggy clothes to reject being a “stereotypical female”. “The way I dress is very not necessarily feminine, or girly, or whatever,” the teenager stated.

“I don’t say, ‘Oh, I am going to wear baggy clothes because it’s baggy clothes’, it’s never like that. I wear what I want to wear.”

Instead of discussing how women choose to dress, Eilish said that she would like people to discuss how comfortable people feel in themselves. “I have always supported and loved when a woman or a man or anyone in the world feels comfortable in their skin, their body, to show just whatever they want,” she added.

“I don’t like that there’s this weird new world of supporting me by shaming people that don’t want to dress like me.”

Eilish’s comments come weeks after she opened up about her struggles with body dysmorphia. “I’ve never felt comfortable in really tiny clothes,” she told Rolling Stone magazine last month. “I was always worried about my appearance. That was the peak of my body dysmorphia. I couldn’t look in the mirror at all.”