Booked for job fraud, IPS officer on the run

PATIALA: After serving the Punjab Police for over three decades, a senior Indian Police Service (IPS) officer was booked for cheating, conspiracy and corruption, just two days before his retirement. 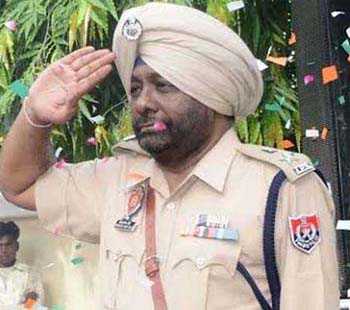 After serving the Punjab Police for over three decades, a senior Indian Police Service (IPS) officer was booked for cheating, conspiracy and corruption, just two days before his retirement. The officer had allegedly failed to return lakhs of rupees he had collected to ensure jobs for three youths in the police.

A case against Mohinder Singh Teji, who was posted as SSP (Vigilance), PSPCL, Patiala, was registered at Vigilance Bureau flying squad 1 on July 29.

Teji, who was initially a Punjab Police Service officer and got inducted into the IPS on November 5, 2013, has been booked under various sections of the Prevention of Corruption Act, 1988, and Sections 420 (cheating) and 120-B (conspiracy) of the IPC along with his relative Bhola Devi. The officer had applied for bail in a court in Mohali but it was rejected last week. “The accused has been absconding since his bail was rejected last week. Today, his aide Bhola Devi also applied for bail,” said a senior police officer.

Mohali resident Sukhwinder Singh and Ropar residents Satvir Singh and Amanpreet Singh had alleged that in 2012, when the IPS officer was posted in Phillaur, his relative had approached them with an “offer”. “Bhola Devi met Sukhwinder and told him that being a police officer, Teji could recruit three persons. She offered that the job of an Assistant Sub Inspector was available for Rs 12 lakh and a constable could be recruited for Rs 7 lakh,” said AIG, Flying Squad, Surjit Singh.

The three youths were taken to Teji’s house where he allegedly accepted Rs 3.5 lakh from Satvir for the ASI’s post. “The other two opted for the post of constable and paid Rs 7 lakh in instalments. Satvir also paid the rest of the amount later,” reads the FIR. The accused neither returned the money to complainants nor got them recruited. The victims approached him several times but he used his clout and “refused to return the money”. A probe was conducted which reaffirmed the allegation.