JAMMU:Border Security Force Assistant Sub-Inspector AK Upadhyay and 12 civilians, including seven women members of a family, sustained injuries during heavy shelling in Arnia and Abdullian villages along the International Border over the night. 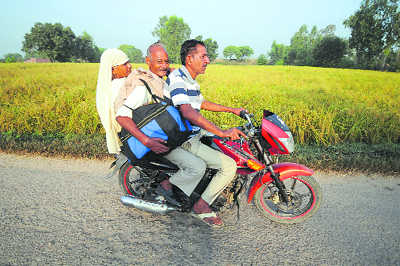 Border Security Force Assistant Sub-Inspector AK Upadhyay and 12 civilians, including seven women members of a family, sustained injuries during heavy shelling in Arnia and Abdullian villages along the International Border over the night. The ASI, posted in RS Pura, suffered a splinter injury.

The injured are undergoing treatment at the GMCH here.

Sources said the shelling stopped at 8 am, resumed at 10 am and continued till 12.30 pm. Violating the ceasefire, Pakistan has been targeting India’s civilian population across the LoC.  Simrandeep Singh, Jammu DC, said several houses have suffered damage. A horse, two cows and a buffalo had been hurt.

Heavy firing, meanwhile, has triggered mass migration. An estimated 12,000 villages have moved to safer places. Though relief camps have been set up, only 250-300 persons have taken refuge there. “We have not officially asked the people to migrate but have advised them to take precautions,” the DC said.

The border residents have been pressing for more community bunkers to be used as hideouts during shelling.

“We thought it (shelling) would stop, but it hasn’t. So we decided to shift to a safer place,” said a resident of Korotana Khurd village. It is not the first time that his family has had to move out.

Vikram Singh of Budhipur village said they were staying back to feed their cattle, despite the risk to their life.

“Each time there is a ceasefire violation, we have to migrate. Had we be given the promised plots at safer places, we would be living there,” said Chuni Lal from Abdullian village.