Centre has sanctioned 20 textile parks in one year: Gangwar

HARIDWAR: The Union government has sanctioned 20 textile parks in the last one year while apparel garment units are being set up to promote the textile sector. 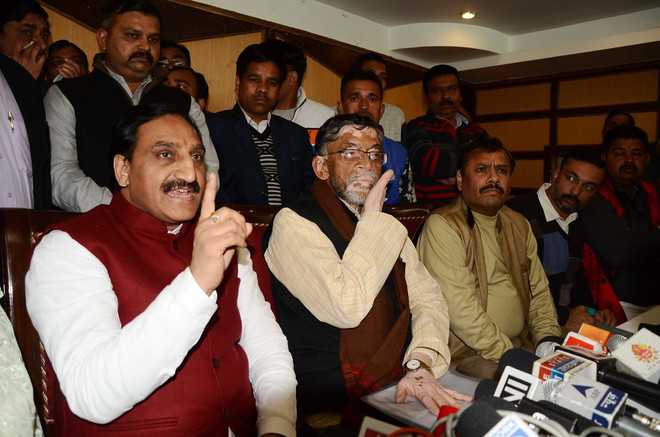 The Union government has sanctioned 20 textile parks in the last one year while apparel garment units are being set up to promote the textile sector. A special emphasis is being laid on the technical textile sector.

“India has emerged as the new growth engine under Prime Minister Narendra Modi. The NDA government has launched several schemes such as the Namami Gange, the Bharat Swachh Abhiyan and Startup India have been launched by ” said Gangwar.

He said the BJP had promised to provide corruption-free governance during the elections and it had succeeded in implementing the same. He said during the UPA tenure, several scams came to the fore but no such scandal had surfaced under the NDA government so far.

He said they were committed to ensuing cleanliness in the Ganga. He urged people not to pollute the holy river.

When asked about Union Ganga Rejuvenation and Water Resources Minister Uma Bharti’s assurance of ensuring the cleanliness in the Ganga before the start of Ardh Kumbh, the Union minister said he would take up the issue with her.

He, however, said a comprehensive plan was being made under the Namami Gange project to clean the Ganga. On the delay in the release of funds for Ardh Kumbh under Niti Ayog, the Union minister said sooner or later, the funds would be provided to the Uttarakhand government.

Nishank said he would also take up the issue with officials concerned and Chief Minister Harish Rawat to know where problems were coming in receiving the Kumbh grant.

On the non-inclusion of Dehradun in the first list of top 20 smart cities, he said various factors were considered during the selection process. “The city may be included in the next list,” he added. On the BJP’s defeat in the Delhi and Bihar Assembly segments and the panchayat elections in Haridwar recently, Nishank said they were finding out the reasons behind the defeat.