Closure of garbage plant by Jaypee

CHANDIGARH:The Chandigarh Municipal Corporation today moved the Punjab and Haryana High Court against the decision of the Jaypee group to close down the city’s only garbage processing plant at Dadu Majra. 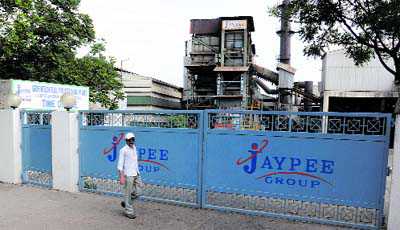 The garbage processing plant at Dadu Majra that has been shut down. A Tribune Photograph

The Chandigarh Municipal Corporation today moved the Punjab and Haryana High Court against the decision of the Jaypee group to close down the city’s only garbage processing plant at Dadu Majra. The application is likely to come up for hearing tomorrow.

The MC has sought directions from the court to the company to open the plant in public interest.

MC Commissioner B Purushartha said they would explore all legal options in the matter. He said they had written to the Jaypee group to start the plant and had submitted that the company could not shut the plant according to the terms and conditions of the MoU.

Despite repeated attempts, Jaypee plant in-charge RD Sharma could not be contacted for comments.

Earlier, the Jaypee group had written to the MC stating that it would close down the plant on July 11. The company had in the past also sent such letters setting a fresh deadline each time.

As the company has stopped processing garbage, the MC is now directly dumping around 250 to 300 tonnes of garbage at the dumping ground without processing. In February, the Jaypee group had threatened the MC that it would shut the plant on March 31 over non-payment of tipping fee by the civic body. Thereafter, the MC and company officials held a meeting and the decision was deferred.

In November last year, the MC House had rejected the agenda to provide tipping charges to the Jaypee group for processing the garbage.

Congress councillors, including Pardeep Chhabra, Subhash Chawla, Mukesh Bassi, Gurbax Rawat, Sheela Devi and HC Kalyan, met the MC Commissioner and  demanded that the MC should  take all possible steps to end the  problems of residents  of Dadu Majra. They said the closure of the plant was the  biggest  failure  of the Mayor, who failed to  make alternative  arrangements  even though the management  of the  plant  had warned the MC long ago. They demanded action against the plant.