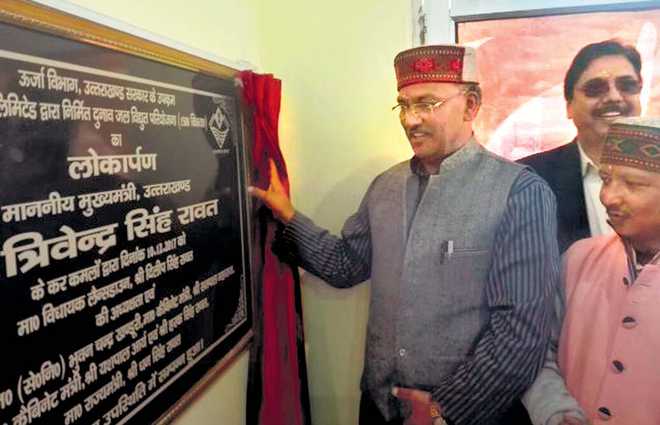 Addressing the gathering, Chief Minister Trivendra Singh Rawat said the Dunav hydro power project would be a milestone in the development of the region.

He also said that the project would be named after martyr Ram Prasad Nautiyal.

The project would benefit as many as 55 villages, including Simli, Kanda, Pali and Beerokhal, adding it would generate employment and help check migration from the region.

He also appealed to the educated youth to take benefit from self-employment generating schemes of the state government. Referring to the ex-servicemen, Chief Minister Trivendra Rawat reiterated the state government’s commitment to their welfare. He further stated that the government was mulling proposal to use the services of retired doctors in the state.