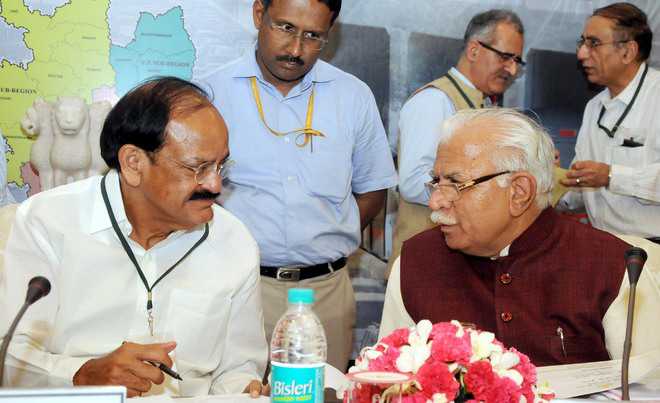 He asked Delhi to cough up Rs 150 crore to Haryana on account of extra raw water supplied to it.

“Delhi’s use of water from Haryana’s share has resulted in reduction of the state’s legitimate water share from Yamuna”, Khattar said.

“Large dry and arid areas of Faridabad, Palwal and Mewat districts in south Haryana have been affected due Delhi’s negative stand” , he added.

Haryana is a water-deficit state with respect to both surface and groundwater resources. Yamuna is the major source of surface water for more than half of the state, including Faridabad, Palwal and Mewat districts in south Haryana, he added.

The state also demanded liberal financial assistance for developing Karnal and Jind, the new entrants in the NCR, fast-tracking of projects conceived to improve connectivity between Delhi and NCR towns of the state and a soft loan from the board for completion of Rs 44,000-crore mass rapid transit system (MRTS) from Gurgaon to Bawal.