SRINAGAR: Union Home Minister Rajnath Singh, who arrived here on Saturday morning, has started discussions with locals, officers of the civil, police and security forces in view of the law and order situation in Kashmir over the past two weeks. 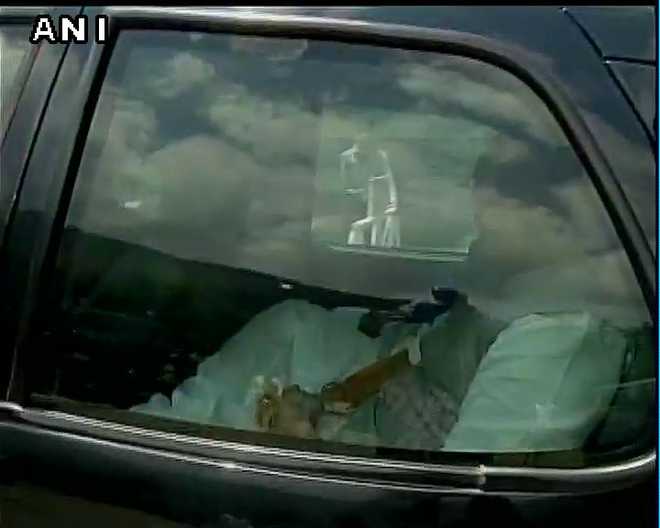 The Home Minister arrives in the Valley. ANI

Union Home Minister Rajnath Singh, who arrived here on Saturday morning, has started discussions with locals, officers of the civil, police and security forces in view of the law and order situation in Kashmir over the past two weeks.

Soon after his arrival at the Nehru Guest House, he held discussions with the senior civil and police officers in the summer capital. Several local representatives associated with the tourism sector were among those who met the Union Home Minister. Some of the prominent trade bodies here have refused to meet the Home Minister citing various reasons, including the unending civilian killings and ban on the mobile and internet services in the Valley.

The opposition Congress has also decided against meeting the Home Minister, blaming the state and Central governments for the present unrest in the Valley.

Rajnath is also scheduled to meet Governor N N Vohra, Chief Minister Mehbooba Mufti and other top officers of the police, security forces and intelligence agencies, before his return to Delhi tomorrow.

Meanwhile, the situation across the Kashmir Valley remained peaceful as restrictions were lifted from the four districts — Budgam and Ganderbal in central Kashmir and Baramulla and Bandipore in north Kashmir.