PATIALA:Despite the clear guidelines of the district administration and the Central Board of Secondary Education (CBSE), private schools in the city are regularly defying the orders by selling uniforms, books and other stationary on their respective premises. 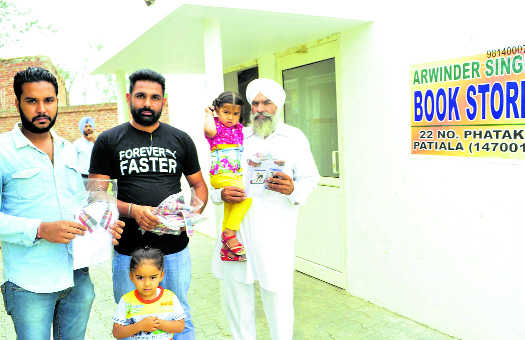 Despite the clear guidelines of the district administration and the Central Board of Secondary Education (CBSE), private schools in the city are regularly defying the orders by selling uniforms, books and other stationary on their respective premises.

Many schools, including Bhupindra International School (BIPS), are openly allowing a private seller to use their premises for the sale of uniforms and books. A shop selling uniforms can also be seen adjacent to the boundary wall of the British Co-ed School.

Even the CBSE has directed the schools to strictly adhere to the norms and clearly mentioned that any violation of above provisions would be viewed seriously and could lead to disaffiliation of the school.

Earlier on April 1, Patiala Deputy Commissioner (DC) Kumar Amit has also warned the schools of strict action, including registration of FIRs, who were found violating the norms of the Punjab Regulation of Fee of Unaided Educational Institution Bill, 2016, and rules of other regulatory bodies of schools.

The warning has been issued keeping in view the regular complaints of parents against the private unaided schools for unjustified fee hike and commercial activities.

Meanwhile, BIPS Principal Indu Sharma said “We have no concern with the private seller as it was the demand of parents to provide uniforms and books on the school campus.” She said “We are not even charging any rent of the accommodation provided to the seller.”

DC Kumar Amit said “We have issued strict directions by writing letters to the school principals concerned and if any issue comes to our notice, we will initiate strict action against violators.”