E-cigarette seller gets 3-year jail in Mohali : The Tribune India

CHANDIGARH:In the first conviction of its kind in the country, a shopkeeper in Mohali has been sentenced to three years in jail for selling e-cigarettes under the Drugs and Cosmetics Act, 1940. 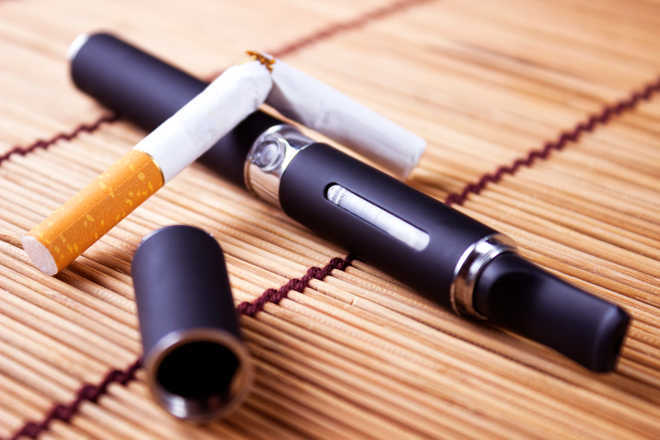 In the first conviction of its kind in the country, a shopkeeper in Mohali has been sentenced to three years in jail for selling e-cigarettes under the Drugs and Cosmetics Act, 1940. Additional Sessions Judge Saru Mehta Kaushik also slapped a fine of Rs 1 lakh on 25-year-old Parvesh Kumar of Punjab Crockery in Phase 7.

Out on bail, he’s been given a month to appeal.

Considering the plea of the convict, from whose shop an e-cigarette with eight cartridges was found during an inspection by a Drugs Inspector on July 3, 2014, the court ordered, “So, keeping in view the age, antecedents and character of the convict as well as the gravity and nature of the offence committed by him, he will undergo three years of rigorous imprisonment and pay Rs 1 lakh fine under Section 27(b)(ii) read with Section 18(c) of the Drugs and Cosmetics Act, 1940, and one-year RI under Section 28 read with Section 18A of the Drugs and Cosmetics Act, 1940.”

The substantive sentences would run concurrently and in default of payment, the convict will undergo RI for another six months. “Having done well in the field of tobacco control in general, Punjab, with this conviction, has shown the way to the entire country to end the nicotine-delivery devices sold in the form of e-cigarettes,” Health Secretary Vini Mahajan reacted. Food and Drug Administration Commissioner Hussan Lal said, “E-cigarettes have ushered in a so-called ‘no-smoking revolution’, becoming a fad especially among the youth. They are marketed as a healthy substitute to cigarettes. There are a lot of misconceptions about their potential benefits but all this is farce. The most important ingredient of e-cigarettes is nicotine.”

Besides issuing a health advisory against the use of e-cigarettes, the FDA Commissioner recently wrote to the Union Health Ministry to ensure that Internet sites do not sell e-cigarettes.