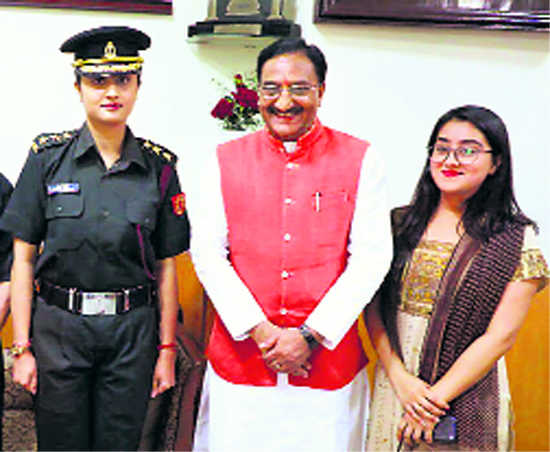 Sharing his feelings on Facebook and Twitter, Pokhriyal Nishank said he felt greatly honoured that his daughter had joined the Army Medical Corps as an officer. He also stated that daughters were no less than sons and said it was a prime responsibility to provide them best education. The former CM urged his daughter to join the Army during a trek to Kedarnath.

Union MoS for Foreign Affairs and former Army chief Gen VK Singh has greeted Pokhriyal on the success of his daughter. — TNS