DEHRADUN: The Uttarakhand Government will introduce the provision of limiting the duration of sale of liquor to six hours (from 3 pm to 9 pm) in the new excise policy to be announced shortly. 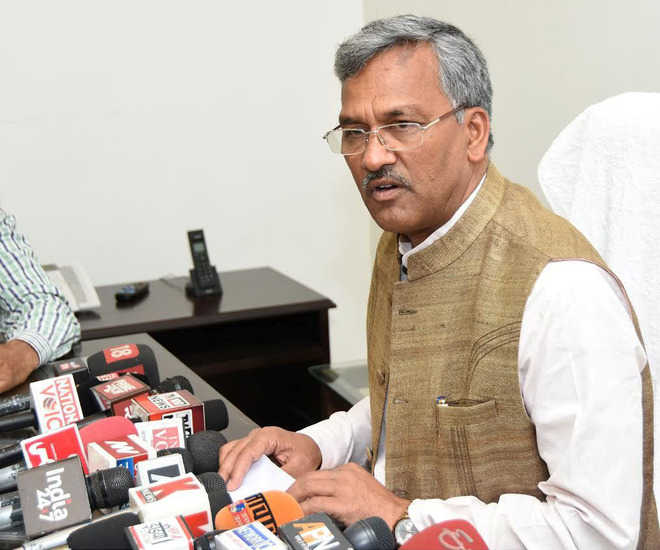 The Uttarakhand Government will introduce the provision of limiting the duration of sale of liquor to six hours (from 3 pm to 9 pm) in the new excise policy to be announced shortly. This was stated by Chief Minister Trivendra Singh Rawat here today.

Coming as it is on the day when the BJP government completed one month in office, Rawat’s announcement was also a prelude to the announcement he made at recently concluded meet of the national executive of the BJP in Odisha.

As of now liquor is being sold between 10 am and 10 pm in the state. While limiting the duration of sale of liquor, Rawat said: “Other similar steps will also be taken such as reducing the number of liquor vends in the state. But, only after examining the consequences will we move further.”

Rawat told mediapersons about his government’s commitment to explore newer sources of income for the state, “We are exploring newer avenues of income generation and reduce the state’s dependency on excise as a major revenue earner,” he said.

However, Rawat refrained from commenting on the issue of complete prohibition in the state. “We will take some more steps,” he said.

He also announced his government’s commitment to achieve the target of providing electricity by December 2017 to over 1 lakh households that have been left out.

On being asked about his government’s failure to take action against Registrar of Ayurvedic University Mritunjay Mishra, Rawat said, “My government is willing to examine any cases of corruption pressed by individuals who also submit the requisite documents as proof.”

On the issue of triple talaq, Rawat said such injustices against a section of women were not acceptable. “I am happy that the Muslim Personal Law Board has now decided to frame a code of conduct on triple talaq,” he said.