How we came to celebrate love

Loved by some, loathed by others, Valentine’s Day is widely regarded as the ultimate day of cheesy, unapologetic romance. 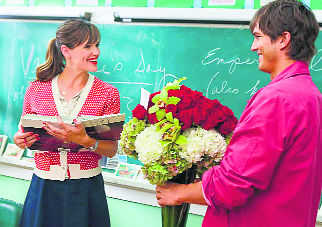 Market marquee: The day of love took a commercial turn in the 19th and early 20th century

Loved by some, loathed by others, Valentine’s Day is widely regarded as the ultimate day of cheesy, unapologetic romance. While some may be vaguely aware that the occasion takes its name from a priest called Saint Valentine, they may not be acquainted with the full history of Valentine’s Day, which is decidedly less romantic than one may expect.

Valentine of Terni was a 3rd century priest who ministered to Christians in ancient Rome. Various accounts exist detailing the events that led to him becoming a martyr and subsequently being named a saint by the Catholic Church.

One of the most widely believed accounts suggests that Valentine defied Emperor Claudius II of Rome. The Emperor had outlawed young men getting married as he thought them to be of more use on the battlefield than at home.

Some accounts detail Valentine’s stark defiance of this law, seeing him marry young couples in clandestine ceremonies. This was regarded as a serious offence and the priest was beheaded on February 14 as a consequence.

Despite the emperor’s wrath, the Catholic Church commended Valentine for uniting couples who observed the Christian faith. Thus, Valentine was formally recognised by the church as a saint after his death. Saint Valentine has since become associated with courtly love and the romantic traditions of Valentine’s Day.

Along with this account, some believe that the history of Valentine’s Day may also be rooted in a pre-ancient Roman festival called Lupercalia. The festival, which was celebrated every year by Romans on February 15, celebrated fertility. Those who took part worked to purify the city of evil spirits in order to maximise fertility and bring prosperity to their villages.

The pagan festival was also known as “dies februatus”, meaning “day of purification”, which is how the month of February acquired its name.

Part of the proceedings saw the priests of the god Lupercus — the Luperci — sacrifice goats and a dog and then daub their foreheads with the blood of the animals.

These men would then run around the Palatine Hill naked, striking any women who came near them with the hides of the animals that they’d sacrificed. The priests believed that hitting women with the animal hides would ensure that they’d remain fertile.

While the concept of Lupercalia may differ greatly from our modern understanding of Valentine’s Day, the two observances are closely connected. The celebrations of Lupercalia came to an end around the 5th century, following objections made about the festival by Pope Gelasius I. The pope condemned the practices of the pagan festival, describing those who participated in it as “vile and common, abject and of the lowest order”. The holiday of St. Valentine’s Day on February 14 was officially declared by the pope in 496 AD.

The first evidence of Valentine’s Day having romantic connotations came in the 14th century, through the poetry of Geoffrey Chaucer. “For this was on St. Valentine’s Day, when every bird cometh there to choose his mate,” the English poet wrote to honour the engagement of King Richard II and Anne of Bohemia. William Shakespeare also referenced Valentine’s Day in his work, having Ophelia speak of the day in his 17th century play Hamlet.

Valentine’s Day as we know it today started to take form in the 19th and early 20th century, thanks in part to the boom of the industrial revolution. In 1913, Hallmark Cards in Kansas City, Missouri, began mass-producing Valentine’s Day cards, sparking the beginning of the commercial holiday February 14 has become. — The Independent