MOGA: Contrary to claims of the Punjab Government, the illegal mining in the Sutlej belt— Moga and Ferozepur districts— still continues reportedly under the ‘patronage’ of Akali leaders.

Contrary to claims of the Punjab Government, the illegal mining in the Sutlej belt— Moga and Ferozepur districts— still continues reportedly under the ‘patronage’ of Akali leaders.

Recently, the Kot-ise-Khan police have arrested Balwinder Singh, a resident of Dharamkot town and Gurmeet Singh, a resident of Rampura, for allegedly indulging in illegal mining and seized two trucks laden with sand. Criminal cases have been registered against them under Sections 379, 411 of the IPC and Section 21 of the Mining and Minerals Regulation Development Act, 1957, at the Kot-ise-Khan police station.

The illegally mined sand is not only transported to many districts of the state but also to the neighbouring states. It was confirmed from the arrest of Bansi Ram, a resident of Rattian, Fatehabad (Haryana). The police had seized a tipper loaded with illegally mined sand from him.

Sources said illegal mining was being carried out in the areas such as Peer Mohammad, Waris Wala Jattan, Khurki, Kareem Wala, Malang Shah Wala and its adjoining villages in Ferozepur district bordering Moga district. Similar activities were also being carried out at Karaiwala, Kot Mohammad Khan and other nearby villages of the Sutlej belt in Moga, they said. 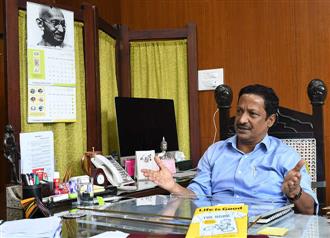 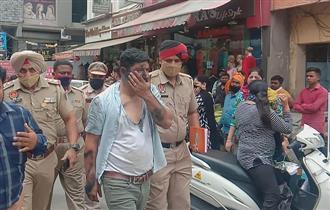