In the eye of the storm

In the third week of December this year, for the first time after the Doklam episode, the Special Representatives of China and India held talks for resolving different aspects of border issues between India and China. 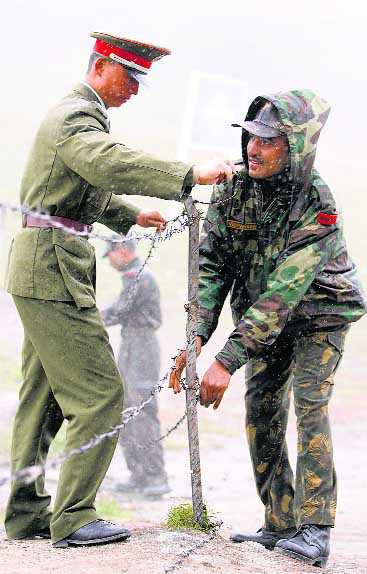 In the third week of December this year, for the first time after  the  Doklam  episode, the Special Representatives of China and India held talks for resolving different aspects of border issues between India and China.  Although it is the first time after the Doklam incident that the both envoys on borders talked, overall, it was the 20th round of talks in which both the sides tried to emphasise the need for using dialogue and diplomacy to solve border issues.

Even the Chinese foreign policy spokesperson favours taking the “full advantage of the existing border-related mechanisms to uphold the peace and tranquility of the border areas”. This is considered significant for creating “enabling conditions for the sound and steady development of bilateral relations.” During the Dokalam standoff, the language of the Chinese government and the media betrayed the sober tone.

However, the Doklam incident demonstrated  a new approach of the Indian government vis-à-vis China. India asserted its position during the standoff. Although India’s assertion was widely appreciated in the Indian strategic and policy making communities, yet it provided an opportunity for assessing Indian military capabilities to withstand the Chinese pressure. Media and different platforms threw assessments which wavered between rhetorical to extremely gloomy projection of the Indian capability.

During the crisis, all sensible analysts ruled out the possibility of war. They were also highly dismissive of the Chinese deadline to mobilise its troops to ‘teach India a lesson’ or fight a war. The assessment was that it will take at least forty days for China to bring troops at any place from where the Chinese want to fight a war against India. All the military bases which China had developed all over the world over the years may not be militarily functional because of the factors such as less protection and  no maintenance facilities available at these places.

However, military modernization of China is also a reality. It is emphasising on the use of Information Warfare, Electronics Warfare and cyber operation along with ballistic missiles and space weapons modernisation. At the same time, the Indian reach or its military footprints in Asia is also a reality. Over the years, Chinese have developed a huge propaganda machinery that spreads wrong information.

India asserted to maintain not only its security superiority in that terrain but also to send a signal to the small states in the region that India would play a new role in Asia. It is a conventional wisdom now that most of the smaller states around India and China want a regional balance of power in which the United States and India remain very much engaged in shaping the region’s strategic environment vis-a-vis China. For the purpose, India needs to undertake its military and nuclear weapons modernisation.

— The writer is a Senior Research Associate at the Institute for Defence Studies and Analyses.