Hasn’t the internet driven social networking tools made a powerful entry into our everyday life? 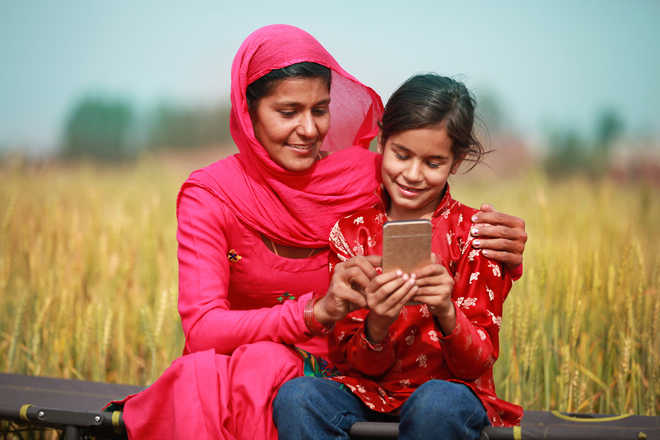 Hasn’t the internet driven social networking tools made a powerful entry into our everyday life? Yes, indeed! But, how gender-sensitive is this new media space? Today more than 4 billion people, about 55 per cent of the global population are Internet users. Social media users have already crossed the 3-billion mark. Social media definitely has added a new dimension to global networking, intercultural communication and socialisation, and have made people information-empowered unprecedentedly. But, has it yielded equitable access to women? According to Pew research, gender divide on the use of social media platforms tilts toward men mostly in developing economies, while women in advanced economies outnumber men. No doubt, poor infrastructural facilities in low and middle income countries often create roadblocks in the expansion of Internet, which affect both women and men, but power inequalities and socio-cultural norms have more adverse impact on women in those countries, the report commented.

Not surprisingly, in India, internet has a serious gender problem with only 29 per cent of all users being female, according to the 2017 UNICEF report. The 42 per cent “digital gender gap” in India is far more extreme than the global divide, it said. It also quoted how girls are being prevented from using mobile phones and social media by a village governing body in rural Rajasthan, and in another village in Uttar Pradesh, the khap panchayat imposed bans on its use by unmarried girls. News stories of such diktats by many khap panchayats in the states of Haryana, Uttar Pradesh and Bihar are also not rare in Indian media.

The GSMA, an international mobile industry monitor, said the gender disparity is a reality in India with 114 million more men owning mobile handsets and 25 per cent more with a SIM card as compared to women. Women are more likely to have a ‘borrowed set’ and are often required to seek permission for a handset, which surely is indicative of their limited autonomy. The report further revealed that when over a billion Facebook users access it via mobile, 81 per cent of the Indian women have never accessed the internet on their phones. However, the Boston Consulting Group and Retailers Association of India are optimistic that the wide gender gap in India is likely to shrink in the coming years, and women will reach 40 per cent share in the internet usage by 2020.

Undoubtedly, social media use is on the rise and is estimated to reach around 258.27 million in the current year. But gender inequality finds its reflection on social media as well. It has only 23.4 million female users as against 73.8 million males in the most active age group of 18-24 years, on the popular social media site Facebook. ‘We Are Social’, a consultancy firm in the UK, opined that India’s Facebook population with about 24 per cent women is more gender-skewed than that of the neighbouring Nepal and Bhutan.

A study on women’s presence on Twitter in India laid bare “significant under-representation”. On analysing 23,350 tweets on political trending topics over a period of eight days, it noticed that only 7.72 per cent of tweets were by women, 46.15 per cent by men, 34.83 per cent by organisations, news outlets and other groups, and 11.30 per cent by users who did not indicate their gender, and remarked about marginalisation of women in political processes.

The United Nations acknowledged the usage of internet as a basic human right, and a non-binding resolution was adopted in 2016 by the UNHRC (United Nations Human Rights Council). Unfortunately, India, along with a few other countries, chose to oppose it, while more than seventy countries supported it.

In India, none of the strategies in ‘Digital India’ addresses the yawning gender gap, more pronounced in rural areas with an abysmally low male-female ratio of 64:36. However, there are some initiatives on the ground like ‘Helping women get online’ by Google, Intel, Hindustan Unilever, and Axis Bank and other such initiatives by Google India and Tata Trusts to focus on the digital divide in rural India and empowerment with ‘key skills for the future’. Organisations like Jaipur Rugs Foundation have also come forward in supporting women in entrepreneurship development with the help of social media. As per the findings of Google and AT Kearney consultancy, a change is in the offing with a 40 per cent rise in the number of women e-customers in the next four years from the current 20 per cent

Online activism in India is also creating small ripples in public consciousness. A number of Facebook groups like ‘Delhi for Women’s Safety’, ‘Delhi Gang Rape – Protest’, etc., sprung up in the wake of the 2012 ‘Nirbhaya’ rape case, which could make a huge impact on civil society and governmental response. Some other campaigns like the ‘Pink Chaddi’, ‘Slutwalks’, ‘Happy to bleed’ or the very recent ‘#MeToo’, also raised voice against sexual exploitation and misogyny.

Of course, such online feminist activism has come under criticism in India like elsewhere and has been dubbed as “slacktivism”, generating nothing but a ‘feel good’ feeling and considered to be ‘elitist’, meant only for urban women. On the flip side, the rise of cyber crimes has exposed women to newer threats, especially in the age group of 16-35. The IT Act, enabled in 2000, doesn't have any gender-specific clauses.

Well, the world of web unquestionably has opened up endless opportunities, knowledge sources and bridged the time and distance gap. But, is it fair to hold back almost half of India’s population from entering into a whole new world.