Vile and threatening behaviour and cyberbullying are chillingly common in our country and around the world. 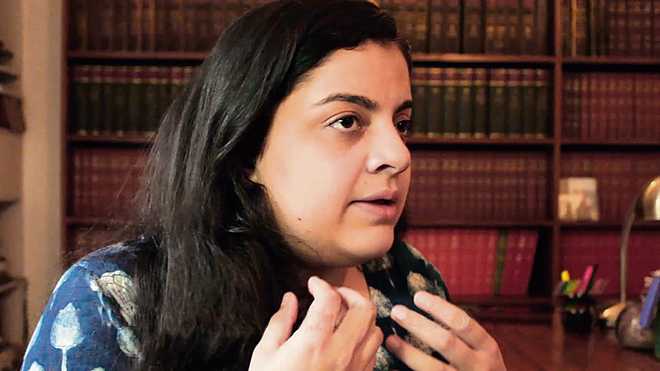 Vile and threatening behaviour and cyberbullying are chillingly common in our country and around the world. Cyberbullying is defined as ‘bullying that takes place over electronic sources’ like social media, text messages, etc. It is a growing menace. In fact, according to a 2018 survey conducted by Ipsos across 28 countries, India worryingly ranks among the top countries in terms of the incidents of cyberbullying. According to another survey conducted across 25 countries by Microsoft, India ranks third in the cases of cyberbullying against children.

Cyberbullying is an underbelly of technological advances and the reliance on it. While technology, including social media, has made it incredibly easy to connect and reach out, it has also made it very easy for people to abuse and attack others. At the click of a mouse, it is possible to send tweets as well as threats. This has presented a challenge to the criminal justice system as well — how to deal with this new-age crime?

First, the traditional criminal jurisprudence criminalises behaviour that ‘harms’ the other. The idea of what constitutes ‘harm’ is a volatile one — traditionally, it has been seen as ‘physical’ harm. It should be borne in mind, however, that online bullying has a similar harmful impact on the recipient and should be seen as a serious crime.

Second, there’s freedom of speech. Section 66 A of the Information Technology Act of 2000 criminalised the transmission of ‘any information that is grossly offensive or has menacing character.’ It also criminalised ‘any electronic mail or electronic mail message for the purpose of causing annoyance or inconvenience or to deceive or to mislead the addressee or recipient about the origin of such messages’. The perpetrator, if found guilty, would be sentenced up to three years in jail and fined.

However, in a landmark 2015 case of Shreya Singhal versus Union of India, a two-judge Bench of the Supreme Court struck down the entire section. The honourable court ruled that 66 A of the IT Act was too vague and broad and fell foul of the fundamental constitutional right of freedom of speech and expression. Nonetheless, the court added that the freedom of expression is allowed within the bounds of reason. The law should heavily proscribe and deal with threatening behaviour. It was noted that ‘any real threats should be dealt with and a prohibition on true threats protects individuals from the fear of violence and from the disruption that fear engenders, in addition to protecting people from the possibility that the threatened violence will occur.’

The third problem is a practical one. It is easy to hide behind fake names, profiles and identities on social media. The perpetrators can be anywhere across the world. The Indian police have done a commendable job by establishing a number of ‘cyber crime’ cells. Nonetheless, the enforcement of these laws remains a problem that needs to be tackled in ways that are ingenious and technically advanced.

The law, thus, needs to carefully dovetail between the right to freely express oneself and the right to not be intimidated or harmed. To this effect, there are several provisions in the Indian legal framework that can be invoked. The first step should be to report the profiles, as soon as possible, to the hosting platform like Twitter, Facebook, etc. Section 67 of the Information Technology Act makes it a criminal offence to publish obscene material electronically. Section 507 of the Indian Penal Code proscribes ‘criminal intimidation by anonymous communication’. Additionally, other sections, like outraging the modesty of a woman (Section 509 of the Indian Penal Code) and Defamation (Section 499 of the Indian Penal Code) can be invoked, depending on the circumstances of the case. There are a number of dedicated cyber crime cells that can be reached out to in case one feels threatened.

It is nearly impossible to imagine a world without technology. It has certainly made life easier in many meaningful ways. It has broken down the barriers of communication — many people, including our elected representatives, can be reached out in ways which were previously unimaginable. Nonetheless, the problems we face are of a huge scale. The globalised, technologically connected world was a new start. We have been given the opportunity to create an equal, free and safe space right from its inception. The dream of generations born post the advent of the Internet was to create a free and equal world, in which the barriers of class, gender and power would not permeate. Equality and freedom were the hallmarks of this accessible space. Time has, however, shown cracks developing in this vision. It is certainly on all of us to create a responsible, free and fair space — both offline and online.

Trolled? What you could do...

Report the profiles to the hosting platform like Twitter, Facebook, etc. Section 67 of the IT Act makes it a criminal offence to publish obscene material electronically. Section 507 of the IPC proscribes ‘criminal intimidation by anonymous communication.’ Additionally other sections like outraging the modesty of a woman and defamation can be invoked, depending on the circumstances of the case

Law that was struck down

In a landmark 2015 case of Shreya Singhal versus Union of India, the Supreme Court struck down Section 66 A of the Information Technology Act of 2000 that criminalised the transmission of ‘any information that is grossly offensive or has menacing character’. The perpetrator, if found guilty, could have been sentenced up to three years in jail and fined. The court found it too vague and broad and intrudes upon the right to freedom of speech.