CHANDIGARH: The PSERC — power regulator in Punjab — on Saturday said it will announce the multi-year electricity tariff after consultations with the new government in the state. 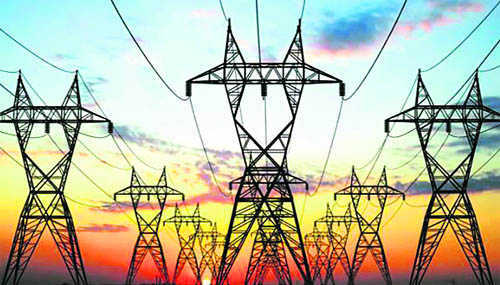 PSERC has time till March 31 to decide on new tariff proposal. — File photo

The PSERC — power regulator in Punjab — on Saturday said it will announce the multi-year electricity tariff after consultations with the new government in the state.

It will comprise electricity tariff for one year and indicative tariff for the next two years, while determining the Annual Revenue Requirement (ARR) for power utilities -- Punjab State Power Corporation and Punjab State Transmission Corporation.

As per rule, PSERC has to take call on electricity tariff within 120 days of the submission of ARR by the power utilities and the power regulator has the time till March 31 to decide on the new tariff proposal.

He was replying to a question that whether PSERC will wait for the formation of new government before announcing tariff.

The commission would give “sufficient” time to the new government in the state to decide its "own policy," he said.

“...there will be decisive verdict (poll result). If not then we will wait and not be in a hurry to announce the tariff. We will give sufficient time to the new government," he said.

"Before the end of March, we would like to give it to the government to decide its own policy what it wants to do and we will faithfully implement whatever is the directive of the government on subsidy," he said.

The commission is required to get written consent from the state government on bearing financial burden on account of power subsidy announced for any section of society.

Notably, major political parties, including the Congress, SAD-BJP (coalition) and AAP, have announced free power for farmers if voted to power.

The result of Punjab elections will be announced on March 11. Punjab witnessed three-cornered contest between SAD-BJP, Congress and AAP on February 4 assembly polls.

Power subsidy burden on the state exchequer was estimated to be Rs 6,364 crore in current financial year on account of free power to farmers, free power of 200 units to SC domestic consumers and BPL consumers.

Bains asserted that there should be a public debate on the power tariff to fix them on sound commercial principles so that power utility remained financially sound to generate power.

The Commission has set the process of holding public meetings in motion for hearing the objections and suggestions of the different sections of the public.

Bains said a lot of people demanded reviewing the old power-purchase agreements (PPAs) with the government of India in the wake of surplus power available in the state.

“People have demanded that PPAs for gas-based power projects signed between PSPCL and government of India should be examined as we are in a situation of power surplus," he said.

However, Bains acknowledged that "there was a legal problem in terminating the PPAs”.

"We have asked PSPCL to engage a good lawyer of the Supreme Court to take up this issue," he said.

The commission has already issued directions to PSPCL to check the possibility of terminating PPAs in which rates of power were higher.

The chairman said PSPCL has also proposed two-part tariff and the commission was examining this proposal.

Another official of the commission said it may implement on the industry on pilot basis.

Under two-part tariff, power expenses get reduced with the increase in electricity consumption.

PSPCL has total 72 lakh power consumers in the state and 30 per cent each is consumed by agriculture and industry. — PTI