Getting right price for rice

IN India, basmati rice has emerged as a significant commodity on the export list and become a good source of export earnings among agricultural commodities. Presently, India is the largest producer of basmati rice with about 70 per cent share in the global production. 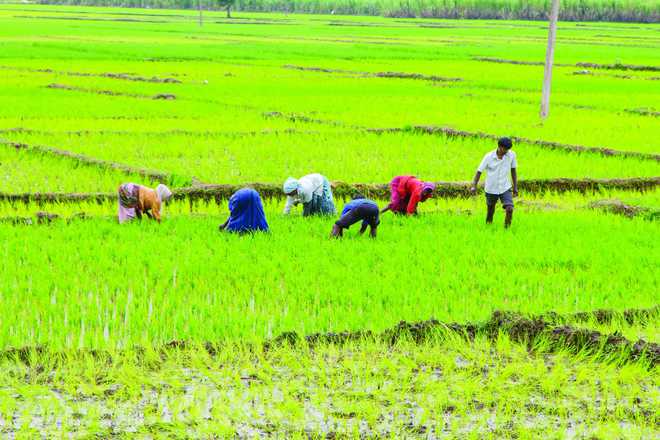 The domestic price of basmati paddy showed a positive correlation with the export prices. The latter went down further from Rs 7,459 per quintal in 2014-15 to Rs 5,615 in 2015-16. Because this commodity is amenable to storage, the effect of acreage beyond just the next year can be seen. Therefore, despite the area reduction by 1 lakh hectares in 2015-16, the basmati paddy prices in the domestic market crashed. Overproduction of basmati rice, accumulated stocks from last year’s production and decline in export prices jointly hit its prices in the domestic market. The prices touched the lowest point of Rs 1,725 per quintal, which drastically affected the profitability of its cultivation. Basmati cultivation in Punjab became unviable as compared to non-basmati paddy. Farmers started incurring losses, causing unrest among them.

Past trends show that the global export of basmati from India may remain around 40 lakh tonnes in the near future. The tough norms set by the European Commission by bringing down the maximum residue limit (MRL) level for tricyclazole (a fungicide) in basmati rice may also affect its exports to Europe. Further, due to the low purchasing power of a majority of the Indian population, its domestic consumption is rising at a very slow rate. From the basmati and non-basmati seed sale reports as well as interaction with farmers, it seems that farmers may increase area under basmati during 2019-20 because they have got high prices for their produce during 2018-19, when the average price was Rs 3,250 per quintal. Under these circumstances, a big increase in area under basmati cultivation may cause the problem of market clearance and lead to downward pressure on its prices in the domestic market. It has been observed that acreage under basmati cultivation of 5 to 5.5 lakh hectares emerges as optimal for Punjab at present. This constitutes about 16 to 18 per cent of the total rice area in the state.

The basmati footprint is fairly widely distributed in Punjab and most of the farmers grow basmati as well as non-basmati varieties. It would be a good rule of thumb to not increase the area under basmati paddy in a significant measure in 2019-20 over the previous year and maintain appropriate proportion of basmati and non-basmati paddy by individual farmers as a good buffer. Thus, in view of the past experience of basmati production and its market clearance as well as its national and international trade scenario, a check on the area under basmati cultivation during the current year may help the farmers in realising better prices.

The authors are on the faculty of Department of Economics and Sociology, PAU, Ludhiana