No takers in their own land : The Tribune India

No takers in their own land

The Indian cinema is usually synonymous with Hindi films but only 40 per cent films are made in Hindi. 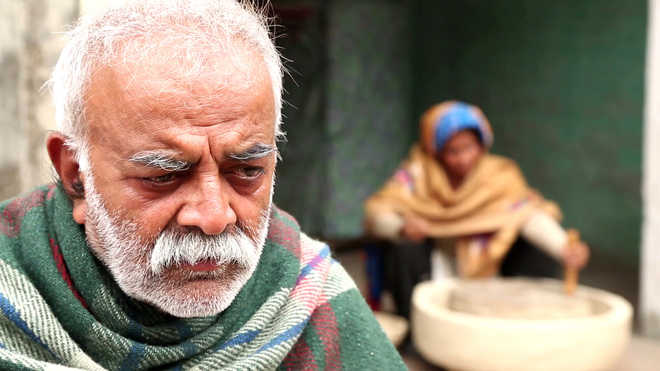 The Indian cinema is usually synonymous with Hindi films but only 40 per cent films are made in Hindi. The rest are produced in regional languages like Bengali, Tamil, Telegu, Malayalam, Kannada, Marathi, Gujarati, Punjabi and Bhojpuri.

Ironically, Haryanvi humour is quite popular as are Haryanvi characters and dialect in Hindi movies. Yet, there are hardly any Haryanvi films to speak of. The miniscule number that has managed to reach theatres has not been able to break even in its own region. In contrast, other regional films, while ruling the boxoffice in their own regions, have garnered good reviews in other corners of India and overseas as well.

A mishmash of dialects

It may be because of the lack of linguistic unity that other regional films enjoy in their respective regions. Most regional languages are fully evolved having their own scripts as well as literature. This is not so in case of Haryanvi language. The script in this region is Devnagri. The language of this region, acknowledged to be Haryanvi, also known as Bangru, is a dialect used only in Bhiwani, Sonepat and Rohtak districts. The regions near Rajasthan use Mewati dialect that has influence of Rajasthani in it. Similarly, in Narnaul, Mahendragarh, Gurgaon and Rewari districts Ahirwati dialect is spoken.

Linguistically, therefore, Haryanvi consists of many smaller dialects, mainly Bangru, Ahirwal, Bagri, Mewati and Khaddar. Research shows that Haryanvi shows some influence from Braj bhasha as well. Karnal and Ambala districts also have a large Punjabi speaking-population. Audience here are known to prefer Punjabi films as compared to the Haryanvi ones.

Quite clearly, the linguistic unity that  has proved crucial for popularity of other regional films is lacking in this region. Haryanvi, not being a full-fledged language with its own script, stands severely handicapped.

A state is born

Haryana started producing films of its own only after it became a state in 1966. It was carved from the already partitioned Punjab on a linguistic basis. What emerged was one of the smallest states in India at the time, covering 44,056 sq km and had approximately 10 million people. This period in the life of the infant state was extremely difficult and turbulent. This region lacked maturity — political, economic and social.

The industrial complexes that rose in post-independent years in Punjab — in Amritsar, Jalandhar, Ludhiana and Batala — were absent here. It inherited extreme economic backwardness. Suffering from a very low level of urbanisation, education and industry, it could hardly boast of a strong middle class, considered the main stay of cinema.  Under such circumstances the first film could be produced only after about four years of the creation of the state. It was followed by a series of films but these failed to attract audience.

It is noteworthy, therefore,  that a film industry in infancy, with hardly any reception in its own state, could  produce three award-winning films that achieved national and international acclaim and recognition. The first one was Laado (2000) which was judged the best first feature film at the 46th National Awards, as well as the Golden Lotus Award. It dealt with the extra-marital affair of  a woman and passed strictures on the  all-powerful khap panchayat of Haryana, to  expose its exposition of ‘honour’. The Information and Broadcasting ministry made it tax-free. However, Laado was not granted tax exemption in its own state. After a long struggle, the makers released the film without tax exemption in Haryana. It was a complete disaster. The film led to many protests where protesters condemned the film and told people not to see it.

The next critically acclaimed film was Pagdi (The Honour, 2015). It won two national awards and was named the best Haryanvi film at the 62nd National Film Awards. But it found no market in its own state. The film dealt with inter-caste marriage. The movie’s title was a metaphor of how a typical family’s ‘honour’ was at stake if the children decided to marry outside their socio-economic milieu. This was followed by the most recent, G Kutta Se (A Wanton Heart, 2017). It was screened at several festivals, including the New York Indian Film Festival and the Mumbai Film Festival and was praised highly by the discerning film critics.

As in the past with other two films, trouble began when it was decided to release the film in Haryana. The film’s distribution and screening again came under fire. While exploring the  theme of patriarchy, the film posed  difficult questions  on the idea of ‘honour’, double standards of a patriarchal society, a woman’s sexual equality, and the concept of modernity itself. The Indian censor board after, several cuts gave it an  ‘A’ certificate.

Wide-scale protests started before its release. Even the release of film’s trailer  evoked condemnation in Haryana, followed by threats. Many self-appointed social guardians recommended general boycott of the film. In view of all this, the film’s screenings had to be aborted.

While there are award-winning Haryanvi films, the overall picture is not encouraging from a commercial point of view. Simply put, there is no market for Haryanvi films in Haryana — good or bad. In such circumstances there are only two options for filmmakers i.e. stop making Haryanvi films and migrate to Mumbai or  continue to copy Bollywood as some films apparently do, but with disastrous results.

More significantly, if  serious film makers were to stop making meaningful cinema, based on their own social mores, it will be a big setback for  Haryanavi cinema as well as the state. There is great need to initiate modernising trends in Haryanavi society and that alone can bring societal change. Though the Haryanvi region is one of the most prosperous economically, the social equations and relationships need to be shaken up.

It is true that films cannot change a society but because of their ability to reach the masses, movies can act as spurs to the thinking process starting from individuals. If these are truly without an impact would there have been so much of objection to the ‘expose’ of the society which some of them have attempted to portray?

The absence of a popular film culture and political apathy has a lot to do with this problem and the solutions have to come from these quarters primarily. This can only be affected if the film societies like those in Mumbai and Bengal are established in Haryana. The first film society in India was formed in 1943 in Mumbai followed by the Satyajit Ray Film Society in Bengal in 1947. By 1970, there were more than 150 film societies all across India. However, not a single film society was formed in Haryana. Even now, no film societies or associations exist in the state that can facilitate and guide new talent and can be instrumental in the development of Haryanvi cinema. Apart from generating interest in cinema, these will also help the budding artists to work towards the development of their own cinema and  stop upcoming  film makers from  migrating  to Mumbai to try their luck in Hindi films. Artistes and film makers need to be encouraged to continue to make films in Haryanavi. With hardly any cultural medium which  portrays  regional socio-political and other  issues, this encouragement is direly needed.

Film making requires huge funds and investors expect attractive returns, but for a dialect of a limited geographic area, these possibilities are admittedly narrow. Consequently, the state must step in to encourage cinema as private efforts are  not enough to boost it . There should be a coherent policy like the one being followed in Maharashtra, Gujarat and West Bengal. An artiste-friendly environment is the need of the day which  must be pushed by the government initiatives for others to follow

Further, the state could fix particular duration of days in a year when private cinema halls and multiplexes have to show Haryanvi films on a compulsory basis. The state government could  also give monetary incentive, if 80 per cent of the film is shot in the state. This will go a long way to help a producer to meet his costs in post-production and is one way a revival of  the Haryanvi film industry can take place.

The State University of Performing and Visual Arts (SUPVA) set up in Rohtak in 2014 needs to be furbished hugely. More technicians and laboratories are needed. Opportunities for films on Haryanavi TV channels should be encouraged as currently no Haryanavi films are being shown. The sale of TV rights would generate money. The government could also encourage corporate financing of films and it could be given industry status to encourage it.

Significantly, the Film Development Board set up  in June 2012 that has  conducted   some film festivals in Haryana  shows  an increasing interest in cinema among the growing urban enthusiasts. It will not be difficult to tap this  new middle class urban audience for their own regional films. The turnabout for Haryanvi films is sure to  come from these sections.

Haryanvi is closest to Hindi as a language but there is much to be done for its cinema. I have been working to draft a Haryanvi film policy for six years and you'll soon see a change. This will bring employment to the region and give new stars to Haryanvi cinema.  I have produced Chhoriyan Chhoron Se Kam Nahi Hoti. When we can give so much business to Hindi films, it is time we showcase our rich culture through the medium of films. — Satish Kaushik

Haryanvi cinema hasn't grown because of lack of professionalism. It is technically weak; and doesn't pay attention to content. Why all this noise about idealism? When films like Tanu Weds Manu, Dangal or Sultan can do well, it's clear that something similar that mirrors reality will work. The state has many legends, many folk tales that need to be told. I am making a film on one such legend and all my cast and crew is from Haryana. We are bringing the change we want to see. — Yashpal Sharma

It is sad that Haryanvi cinema hasn't reached anywhere so far. I was in school when films like Chhail Gailyan Jangi and Chandrawal did really well. Since then, there hasn't been any hit.  You can't keep making films around khap panchayats. We need a proper film industry that promotes our stories. Commercial cinema with some message is the way forward. — Yash Tonk