In the Kashmir conflict of 1947-48, Maj-Gen Akbar Khan led what has been called “The Pakistan army on leave”. At that time, the second of the two British Commanders-in-Chief of the Pakistan army, Gen Sir Douglas Gracey (the first was Gen Sir Frank Messervy) did not act on Governor General Jinnah’s orders for direct military intervention and, instead, referred the issue to the supreme commander, Field Marshal Auchinleck. 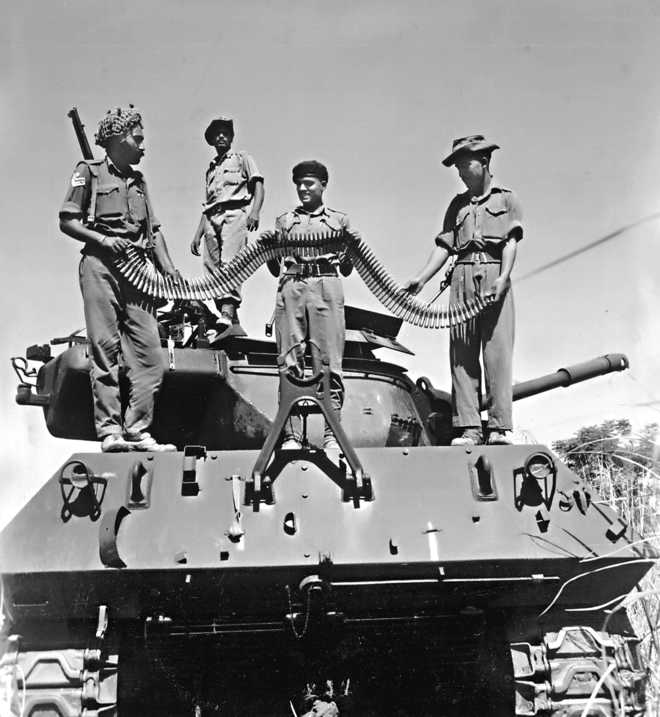 Bad advice: Ayub Khan''s aides convinced him that the Kashmir operations were only a small programme and would not lead to a war

In the Kashmir conflict of 1947-48, Maj-Gen Akbar Khan led what has been called “The Pakistan army on leave”. At that time, the second of the two British Commanders-in-Chief of the Pakistan army, Gen Sir Douglas Gracey (the first was Gen Sir Frank Messervy) did not act on Governor General Jinnah’s orders for direct military intervention and, instead, referred the issue to the supreme commander, Field Marshal Auchinleck. Akbar Khan was later to be implicated in the Rawalpindi conspiracy following the assassination of Prime Minister Liaquat Ali Khan. Another senior officer, Maj-Gen Muhammad Iftikhar Khan, who was widely tipped to succeed General Gracey, perished in an air crash near Karachi, clearing the path for the serving Adjutant-General Ayub Khan’s appointment as C-in-C in 1951.

The significance of this encounter was the false sense of optimism and superiority that the Pakistan military establishment had about its capacity to take on the Indian Army. The immediate fallout of the ‘perceived’ success in the Rann of Kutch was that the elements in Pakistan’s ruling circles that stood for an active policy on Kashmir were greatly encouraged to challenge India. The mood had turned jingoistic and militaristic. Thus a plan was born — Operation Gibraltar — to send infiltrators into Kashmir, which was suggested to President Ayub Khan by Maj-Gen Akhtar Hussain Malik, an Ahmediya, when Foreign Minister Z. A. Bhutto, General Muhammad Musa (who was now C-in-C) and senior military brass were present. Ayub Khan directed that the main objective of the campaign should be to capture Akhnoor, which had a great strategic value.

However, Akhnoor did not fall into Pakistani hands. The popular version in Pakistan is that Maj-Gen Malik had nearly captured Akhnoor when General Musa abruptly relieved him of his command in the Chhamb-Jaurian sector and his successor, Maj-Gen Yahya Khan (an Ayub Khan favourite, whom the ‘self-styled’ Field Marshal wished to see as a ‘hero’) failed to consolidate the gained ground. A differing opinion is that Ayub Khan lost his nerve just when Pakistani forces were poised to capture Akhnoor and decided to call off the operation because he did not want to provoke a war with India. However, a full-scale war did, more or less, ensue and on September 6, 1965, the Indian Army crossed the International Border in Punjab.

Except for a coterie of top generals, very few (not even in the Air Force) knew about Operation Gibraltar. The Lahore garrison commander was not taken into confidence; the governor of West Pakistan, Nawab Amir Mohammed Khan of Kalabagh, did not know what was afoot and vacationing in Murree.

The belief that India would not retaliate and attack Lahore and Sialkot proved to be a monumental miscalculation. Pakistan earned some successes in the battlefield. Maj-Gen Abdul Hamid Khan (later Deputy C-in-C in the Yahya Khan regime) was the GOC 11th Infantry Division at Kasur. This Division, in conjunction with 10th Infantry Division under Maj-Gen Sarfaraz Khan, effectively blunted the Indian thrust to Lahore and captured Khem Karan. However, further advances by the Pakistanis were repulsed. It is suffice to say that it was Lt-Gen Harbaksh Singh, GOC-in-C, Western Command, who stabilised the front and whose exceptional leadership carried the day for India. The defeat of the Pakistani army in the tank battle of Asal Uttar was one of the greatest setbacks suffered by their forces in the 1965 War.

A Pakistan’s career diplomat, Sultan Muhammad Khan (who later became foreign secretary), confirmed that after its only armoured division got bogged down during the Khem Karan offensive, the war had ended as far as Pakistan was concerned. It is on record that when Ayub Khan asked for a report on the second day of the war, Musa informed him that the army was running out of ammunition, which shocked Ayub so much that it might have hastened the cardiac ailment which overtook him after a couple of years. Had he held the senior generals squarely accountable and sacked them, this may have tied the hands of the military adventurers who followed him.

There are those in Pakistan who believe that Ayub Khan was not fully aware (or made aware) of the reasons for the 1965 War. His close advisers like Aziz Ahmed and Nazir Ahmed (former ICS men) AB Awan (ex-Indian Police) and Zulfikar Ali Bhutto convinced him that the operations initiated in Kashmir were only a small programme and would not lead to a war with India. It is possible that the advisers, particularly Bhutto, also sought to weaken Ayub Khan’s hold on the government. Foreign Secretary Aziz Ahmed, a long-time hawk, put in his papers after the Tashkent Declaration, only to return to the government under Bhutto after Bangladesh came into being.

The country’s first military dictator had already had a taste of political office as Minister of Defence in the second cabinet of Prime Minister Mohammed Ali Bogra (1954-55) and was not averse to playing favourites. The Defence Secretary, S. Fida Hasan (ICS, Punjab), was a valued confidant. When appointed as C-in-C by Ayub Khan, General Musa (who joined the ranks in the 4thHazara Pioneers at the age of 18 in 1926 and was only later selected to train at the IMA, Dehradun) superseded Maj-Gen Sher Ali Khan Pataudi, Chief of General Staff, Maj-Gen Latif Khan and Maj-Gen Adam Khan, all Sandhurst graduates. This only created dissensions at very senior levels in the armed forces.

Ayub Khan and Bhutto paid a closely guarded visit to China on September 19 - 20, 1965, to meet Zhou Enlai in Beijing. The Chinese, apparently, urged Pakistan to fight on, but neither Khan nor Bhutto was prepared for a long-drawn conflict. General Musa was demoralised by the shortage of ammunition and spare parts and Air Marshal Malik Nur Khan by the high-attrition rate, which was daily reducing the number of operational aircraft available for deployment.

Vice-Admiral S.M. Ahsan, an ADC to Muhammad Ali Jinnah in independent Pakistan (he was the first person to receive the Mountbattens when they arrived in Karachi) was a trusted adviser of President Ayub Khan and as Director General of Naval Intelligence planned Operation Somnath at Dwarka in the 1965 War.

For the Pakistan military, the 1965 War was a big exercise in image-building, even though the operations were, essentially, a failure. The influential information secretary Altaf Gauhar (ghost-writer of Ayub Khan’s political autobiography, Friends not Masters, which appeared in 1967) played a key role in recording failure as success in the public mind.

If the current trends are anything to go by, the possibilities of Pakistan refraining from intrusions into the Indian territory in the future appear remote.

—The writer is a former Union Defence Secretary