The threat of accidents is looming large not just on people walking on city roads, but also on those who use the public transport.

The figures were less than the previous year when 47 pedestrians died in road accidents. The statistics of the road accident deaths in the past five years reveal that the percentage of pedestrian deaths has remained between 32 and 37 per cent.

To spread road safety awareness among the general public, the UT traffic police have been taking various measures for different segments of road users, including pedestrians. However, all that has turned out to be of little help.

Harman Sidhu, president of Arrive Safe, an NGO that works for the cause of road safety, said pedestrian paths were being reduced to facilitate the growing traffic. “Earlier, pedestrians utilised cycle tracks, but these days even these have been encroached upon by motorists, making these unsafe both for pedestrians and cyclists,” Sidhu said. 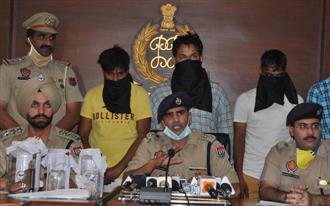