Chandigarh: Four weeks after a Pathankot court sentenced five fake beneficiaries of the Ranjit Sagar Dam Rehabilitation Project and four patwaris to three-year rigorous imprisonment, the Vigilance Bureau has begun a probe to find out if there were more fake beneficiaries under the scheme launched 35 years ago. 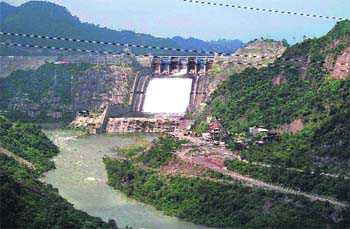 Four weeks after a Pathankot court sentenced five fake beneficiaries of the Ranjit Sagar Dam Rehabilitation Project and four patwaris to three-year rigorous imprisonment, the Vigilance Bureau has begun a probe to find out if there were more fake beneficiaries under the scheme launched 35 years ago.

The fresh probe comes after Pathankot Special Judge Rajiv Kalra pointed out in his August 6 order that there were lapses in the earlier probes by the bureau and other departments. DGP (Vigilance) Suresh Arora has asked the SSP (Vigilance), Pathankot, to initiate the fresh probe. The investigation would involve going through over 20-year-old record to ascertain the names of genuine and fake beneficiaries under the scheme. Officials of the revenue and other departments involved in the selection of beneficiaries and approval of their cases would also be under the lens.

The dam was constructed in 1981, affecting 26,000 acres in 63 villages of Punjab, Himachal Pardesh, Jammu and Kashmir. A rehabilitation policy was framed for the 1,573 affected families whose land was acquired for the purpose.

In 1993, the Punjab State Rehabilitation Committee for Ranjit Sagar Dam oustees framed rehabilitation measures for providing government jobs to at least one member of each affected family, besides compensation for displacement. In all, 769 families were shortlisted for the purpose. The selection of beneficiaries and approval of their cases allegedly involved corruption.

Listing lapses in the vigilance investigation, the court said of the 769 families, only 404 oustees got jobs through departmental committees, while 91 others got employment at the intervention of the Punjab and Haryana High Court. However, the investigating officer of the Vigilance Bureau was given a list of only 292 beneficiaries by the Ranjit Sagar Dam project committee.

The court also noted that there was a need to probe the role of officials who countersigned the certificates of dam oustees, the land acquisition officers and the dam officials involved in recruitments. It said the dam officials did not start any departmental action against the five employees whose names were pointed out by the bureau.

In 1999, the dam administration formed a committee to inquire into employment of 119 persons under the special rehabilitation scheme. However, the inquiry could not be completed even after 16 years. The court also noted that there were 12 other beneficiaries whose names did not figure either in the main list of 1,573 oustees or in the special category list (for jobs) of 769 oustees.

The judge said the court could not remain a mute spectator to the likely involvement of officials of the civil and dam administration in such a scandal. Apart from looking into the above lapses, the bureau has also been asked to probe the case of 119 oustees who got jobs under special categories, besides the role of officials involved in the process.

The court has asked the Chief Engineer, Ranjit Sagar Dam Project, to provide official record to the Vigilace Bureau immediately.