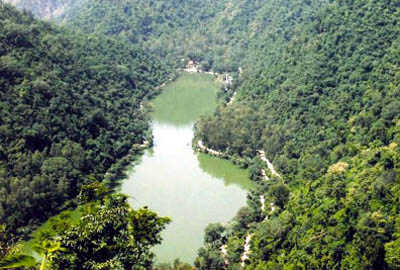 Sources said the team stressed the rehabilitation plan should ensure all families, which would either become homeless or landless by the proposed dam, should be rehabilitated within a time-bound manner before the commissioning of the project.

The team also held talks with the affected families to comprehend issues which could be included in the rehabilitation plan.

It also examined the plan for compulsory afforestation to be undertaken to compensate for tree felling and suggestions like timely afforestation.

The NGT team is specifically looking at the issue of comprehensive resettlement and rehabilitation policy for people affected by the dam. It is also supposed to suggest modification required to protect the environment and ecology of the region, including the river, hydrology and the Renuka Wildlife Sanctuary.

The proposed Renuka Dam has already been acknowledged as a project of “national importance” as it would provide drinking water to Delhi and areas of Haryana and UP falling in the National Capital Region.

The project will come up across the Giri river, a tributary of the Yamuna, in Sirmaur district. Himachal Pradesh has a stake in the project as it will get 40 MW from the project free of cost.