Preparing for Pak’s new face and phase of ‘jihad’

India is nowadays living under a ‘threat’ of possible terror strikes engineered by terrorists trained and based in Pakistan. 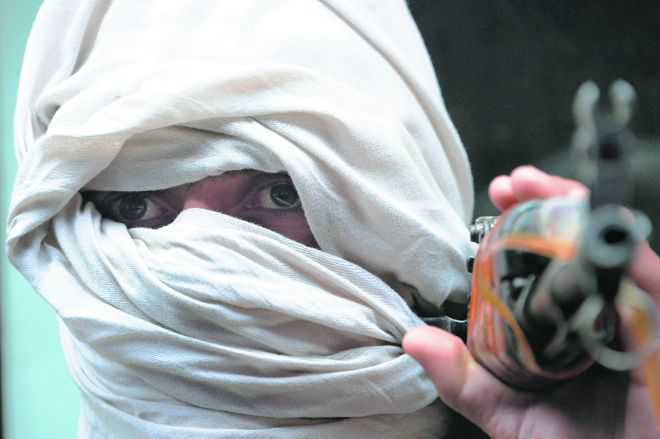 ‘Hyperbole’ is unlikely to be India’s reading of PM Imran Khan’s assertion that those standing by Kashmiris were doing ‘jihad’. Does it indicate that ISI will, for the first time, concede ground to pan-Islamists, now that the old tactics of calibrated violence have not worked with the Modi government since 2014? If ISI were to, it would do so knowing that the more virulent brands of terrorism, Al Qaida and Islamic State, need a short spell of abetment before they become out-of-control monste

India is nowadays living under a ‘threat’ of possible terror strikes engineered by terrorists trained and based in Pakistan. Such a strike could result in India retaliating militarily and even spiral out into a short skirmish or war fanned by rhetoric-oriented media on either side.

The lives of almost 12.5 crore people on either side of the divide are at risk in case nuclear warheads get used.

Since August 5, the day India changed the special status of Jammu and Kashmir, there have been reports of Pakistan activating terror camps. Indian agencies have intercepted communication to say some 60 such terrorists are believed to have entered India in the past two months and another 500 odd are in Pakistan.

Terror strikes pose a major threat to not just Army bases but also air bases in North India, which hold war-fighting assets of the IAF like MiG 29 (at Adampur), Apache and Mi35 attack copters (Pathankot), Sukhoi 30 (Sirsa, Bathinda and Halwara) and Jaguar (Ambala). Besides this, long-distance trains, metros, malls and entertainment centres like movie theatres in big cities are at risk, is the warning from security agencies.

New Delhi will retaliate to terror strikes. Two templates have been cast — one was the land-based surgical strikes at five different terror camps in Pakistan-occupied Kashmir on September 29, 2016, and the second air strikes at Balakot on February 26 this year to destroy a terror camp. In both cases, India was responding to major terror strikes — one on a military camp at Uri and the other on a CRPF convoy at Pulwama.

Former Northern Army Commander Lt Gen DS Hooda (retd) says, “Pakistani deep state will not stop its efforts in attempting to carry out terror attacks in India. Infiltration has been stepped up and the situation at the Line of Control (LoC) is marked by heavy exchange of fire.”

Since the last week of September, the Indian Army has carried out mock drills ‘to flush out terrorists’ from major facilities, including the civil airport of Amritsar. The Indian Air Force fighter jets carried out low-altitude flying on October 1. IAF jets overflying Punjab broke the ‘sound barrier’, resulting in a sonic boom and fears that ‘someone’ was being ‘chased’, hence the high speed. “It was a routine exercise” is what IAF officials said later, explaining that the sonic boom was part of it.

An assessment of the Pentagon says India could be attacked by Pakistan-trained terrorists. The US Assistant Secretary of Defence for Indo-Pacific Security Affairs, Randall Shriver, told an audience in Washington on October 2: “Many have concerns that Pakistan keeps a lid on militant groups that might conduct cross-border activities as a result of the Kashmir decisions.”

The period 2001-2008 looks far away. Terrorists launched audacious attacks in mainland India, including the ones on Parliament (December 2001) and Mumbai (November 2008). Within this period, a series of bomb blasts rocked several Indian cities, all carried out by what was called the ‘Indian Mujahideen’.

Post-Mumbai, radical changes were made in the functioning of the security and Intelligence agencies. This included changes to the Unlawful Activities Prevention Act (UAPA) by giving sweeping powers to agencies, including that of arrest. An approach of joint operations and information sharing through an established channel called the multi-agency centre (MAC) works seamlessly. Things did turn around, random bomb blasts were controlled, but the Kashmir situation continued to fester.

In the past few years, barring the attack on the Pathankot air base in 2016, gun-toting terrorists have been restricted to the Kashmir valley, where terrorists have tried to storm military bases like Uri, Nagrota, Sanjuwan, etc.

Threat of war or nuclear war

An escalation into a war-type scenario will boil down to what choice Pakistan makes and how India responds. Islamabad can either risk its own soldiers and trigger a war for which it may not be prepared, or else it could continue with the low-cost option of waging a proxy war through terrorists and keep the Indian Army on its toes.

But does Pakistan have the military and economic strength to ignite a full-scale war with India? Lt Gen Subrata Saha (retd), a former commander of the Srinagar-based 15 Corps, has a pertinent query: “Can Pakistan justify a war to its own people? Do they have the military strength to fight one and what is the intention of such a war?”

Pakistan will opt for a proxy war for now, says Lt Gen Saha, who is now a member of the National Security Advisory Board (NSAB).

Almost 125 million (12.5 crore) people are at a risk of losing their lives in case India and Pakistan open up their nuclear arsenal. Pakistan Prime Minister Imran Khan, in a recent editorial in New York Times, unsheathed the nuclear sabre, saying: “If the world does nothing to stop the Indian assault on Kashmir and its people, there will be consequences for the whole world as two nuclear-armed states get ever closer to a direct military confrontation.”

A study by researchers from the University of Colorado and Rutgers University in the US says a nuclear war between India and Pakistan could, in less than a week, kill 50-125 million people — more than the death toll during all six years of World War II, and lead to a global climate catastrophe. It examined how such a hypothetical future conflict would have consequences that could ripple across the globe.

The study, published in the journal Science Advances, looked at a war scenario that may occur between India and Pakistan in 2025.

India and Pakistan have almost an equal number of nuclear warheads: 140-150. New Delhi holds the edge in having missiles with greater range and the ability to launch a strike from undersea using a submarine.

Lt Gen Hooda adds, “Unless Pakistan tones down its rhetoric and desists from pushing in terrorists, it could lead to a major incident between the two countries.”

So, can China intervene? A US assessment made public by Ronald Shriver in Washington said, “China may not want that kind of a conflict or would support that.”

Across the border, Pakistan army chief Gen Qamar Javed Bajwa chaired the Corps Commanders Conference on October 3. The statement issued thereafter indicated the need to have a back channel open, lest the media on either side dictate terms. The statement said: “Commanders reiterated resolve for a befitting response to any Indian misadventure or aggression being conveyed through irresponsible media statements by Indian military commanders.”

"There are some powers who want to carry out a Mumbai-like attack along India’s coastal regions, but their plans will not succeed. Pakistan should now understand that the commissioning of INS Khanderi has increased India’s capability to strike with greater force, if needed."—Rajnath Singh, Defence Minister

Islamabad needs to tone down rhetoric

"Pakistan has got no support in its attempts to internationalise the Kashmir issue, at the UN and other platforms. Pakistani deep state (the Inter Services Intelligence and a section within the army) will not stop in its efforts in attempting to carry out terror attacks in India. In the past few months, infiltration across the Line of Control (LoC) has been stepped up by Pakistan and the situation at the LoC has been marked by heavy exchanges of fire. Unless Pakistan tones down its rhetoric and desists from pushing in terrorists, it could lead to a major incident between the two countries."— Lt Gen DS Hooda (Retd), Former Northern Army Commander

"It (‘jihad’ call) is unbecoming of the office Imran Khan holds. Pakistan is not behaving as a neighbour should. This open call for ‘jihad’ is not normal behaviour. PM holds a high constitutional office. He has given such statements even before. We condemn this." —Raveesh Kumar, MEA spokesperson