KURUKSHETRA: At least 15 people were injured in a 20-vehicle pile-up due to dense fog on National Highway 1 near Shahabad Markanda in Kurukshetra on Thursday morning. 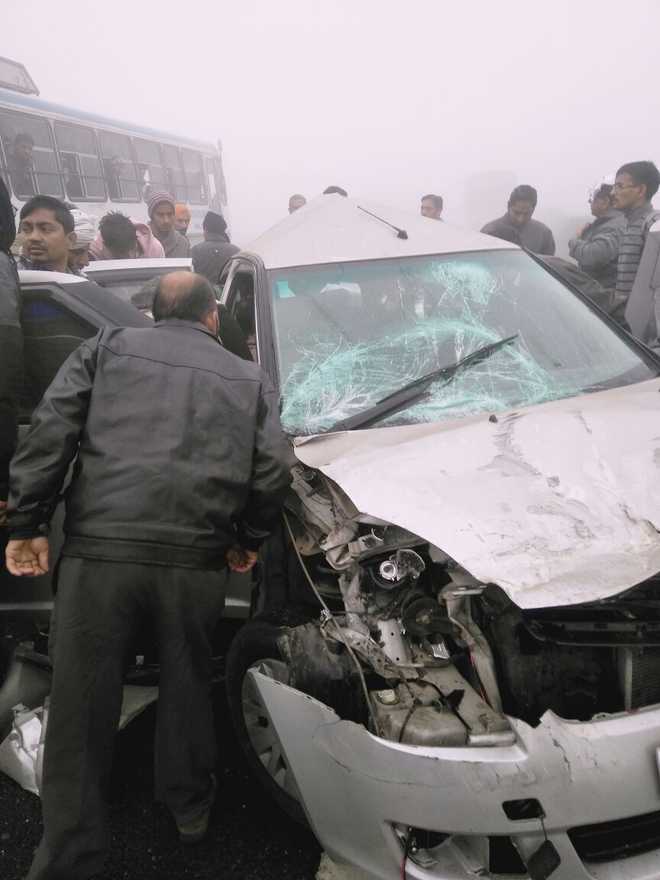 At least 15 people were injured in a 20-vehicle pile-up due to dense fog on National Highway 1 near Shahabad Markanda in Kurukshetra on Thursday morning.

The incident occurred at around 8.45 am. Several buses were also damaged in the pile-up.

Shahabad DSP Gurmail Singh said: “Around 15 people have sustained minor injuries in the incident, and first aid has been given to them.”

However, smooth vehicular movement was restored by 10 am, the DSP said.

The dense fog lowered the visibility, mainly in the early hours of the day, obstructing smooth driving and leading to several traffic accidents.

Visibility at 5.30 am was 400 meters, which dropped to 100 meters at 8.30 am, the IMD said, similar situation will continue for at least two more days.