NEW DELHI:Expressing concern overthe delay in the completion of projects relating to the Namami Gange mission in Uttarakhand at a review meeting here, Union Water Resources Minister Nitin Gadkari instructed officials and contractors concerned to complete these by the year-end. 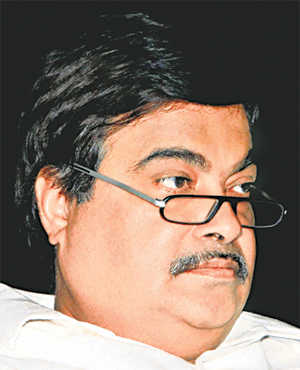 Expressing concern overthe delay in the completion of projects relating to the Namami Gange mission in Uttarakhand at a review meeting here, Union Water Resources Minister Nitin Gadkari instructed officials and contractors concerned  to complete these by the year-end. The projects are sewerage treatment plants (STPs), ghats and crematoria.

During the meeting on Monday, Gadkari also directed the officials to work in close cooperation with the state government, district administration and municipal corporations.

As many as 16 out of 31 sanctioned  STP projects in the state are complete.

The state’s projected sewerage generation in 2035 is 122 MLD while the existing treatment capacity is about 98 MLD. The projects under implementation will create a capacity for treating about 132 MLD.

The city generates 74 MLD of sewage, but the existing capacity is 63 MLD. The ongoing projects will create 82 MLD capacity. In effect, it will have a treatment capacity of 127 MLD after completion of the projects. Other projects under construction in the state include one STP and I&D at Muni Ki Reti,  two STP projects in Rishikesh, O&M work at Tehri, upgrade of STP at Uttarkashi, one STP and I&D, and one upgrade  at Srinagar and STP and I&D projects at Rudraprayag, Karnprayag, Nandprayag, Chamoli-Gopeshwar, Joshimath and Badrinath.