Spiti to get solar power in four years: Rijiju

MANDI/KULLU: Union Minister of State for Home Kiren Rijiju today said power would be provided through solar energy in the Spiti valley in the next four years. 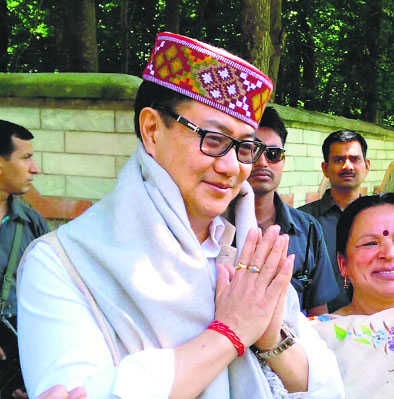 Union Minister of State for Home Kiren Rijiju today said power would be provided through solar energy in the Spiti valley in the next four years.

On his visit to the valley, local residents accorded a traditional welcome to the minister. The minister also attended a fair at Kye Monastery, which is located 13,668 feet in the valley and constructed in the 11th century.

Addressing a gathering at the monastery, the minister said in four year, power in the Spiti valley would be provided through solar energy.

The minister said he would request the Union Road and Transport Ministry to convert the Sumdoh to Gramphoo road into a national highway.

He would urge the Central Government to provide a special rebate in the income tax to government employees working in the Lahaul-Spiti district on the pattern of Jammu and Kashmir and the Northeastern states, he said.

All possible efforts would be made to include the Bhoti language in the 8th Schedule of the Constitution, the minister said.

Mandi MP Ramswaroop Sharma announced to give Rs 5 lakh from the MP funds for the restoration of the ground at the Kye Monastery. Local MLA and vice-president of the National Scheduled Tribe Commission Ravi Thakur raised various issues related to the district with the minister.

Later in the day, the minister was to attend a meeting with senior officers of the Army and the Indo-Tibetan Border Police at Sumdoh, close to the China border.

Sources said the Centre was keen to develop the areas close to the China border. China had already developedt infrastructure on its side.

He also laid stress on construction of tunnels in hills states to improve transport system.