The raga she became : The Tribune India

The raga she became 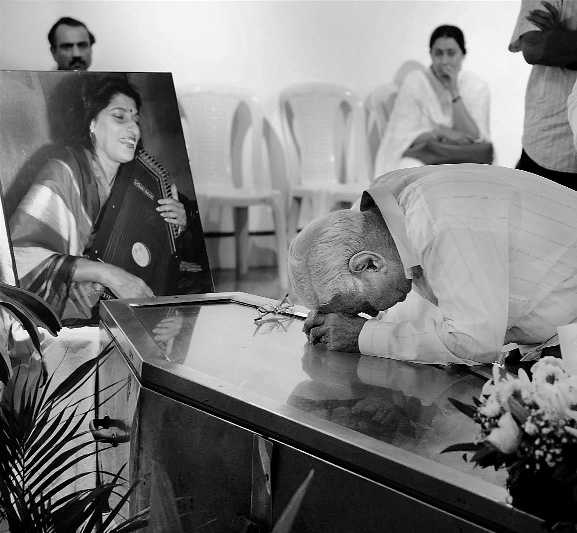 The loss of Vidushi Kishori Amonkar is not just the loss of a great vocalist of Hindustani classical music. It is also a loss of many ragas she embodied. If the subtle brilliance of sahela re aa mil gayen, in raga Bhoop, is immortalized in music lover’s memory, there is no replacement for her play on gandhara in raga Yamana, or her emotive rendering of Bagheshri and Shuddh Kalyan. When she sang yaman, she became yaman. What Amonkar could do with just five notes of Bhoop requires either a magician or a sadhak, she was perhaps both.

The enigmatic Kishori Amaonkar was capable of leaving the stage if the audience failed to show desired respect. She developed her inimitable skill of rendering a raga with her meditative approach as she demanded complete silence when she performed to enliven the raga. Hers was a solitary quest in the vast ocean of music; she inherited a tradition and yet was striving to transgress the limitation of gharana identity. Her earlier training was in Jaipur Atroli gharana but she modified her technique of rendering a raga by adopting features from other gharanas, like Gwalior.

Her success in her genre earned her much ire from traditionalists. She earned her temperament and the money: she demanded to be paid on a par with her male counterparts for concerts.

An illness in her youth had rendered her hard of hearing in one ear, which explains her need to struggle at the beginning of her concerts to get to the raga’s soul. Once she would get the right note striking her swarmandal, the raga would soar in the confidence of her sadhana.

Her grip over the essence of the raga is defined by the manner she strikes the first note ‘sa’.

She was one of the first who demanded a title of respectability for the female artistes; male artistes were known as Pundits and Ustads, she demanded female artistes be addressed as Vidushi. More than a vidushi, Amonkar was a Vaggeykar — a person who masters both music and poetry. Her students say she insisted on learning music in its purity as much as she insisted on learning the nuances of literature, which enables the emotional aspect to gain prominence. Though she excelled in Kahayal gayaki, other forms like thumri and bhajan too were her forte.

At the peak of her career in the 60s, she also sang for films. The title song of Geet Gaya Pattharaon Ne’, became very popular. But it angered her mother and teacher Mogubai Kurdikar to such an extent that she refused to teach her. Amonkar sang only once for a film thereafter.

One of the most respected names among female artistes, she was born on April 10, 1932 and continued to live in a small flat in Mumbai’s Prabhadevi, away from the concert and media glare. No wonder, a documentary made on her life by Amol Palekar is titled ‘Bhinna Shadaj’ (a different note: shadaj, the first note of the octave). She was different in many ways, Amol Palekar says, he could never convince Kishori tai (as she was popularly known) to open her music to the web.

A Padma Vibhushan recipient, Kishori Amonkar passed away in her sleep on Monday at her residence in Mumbai.

21 hours ago
3
Nation THE TRIBUNE INTERVIEW