WASHINGTON: The US Army has issued a new regulation under which servicemen who wear turbans, hijabs or beards can now be enrolled in the military. 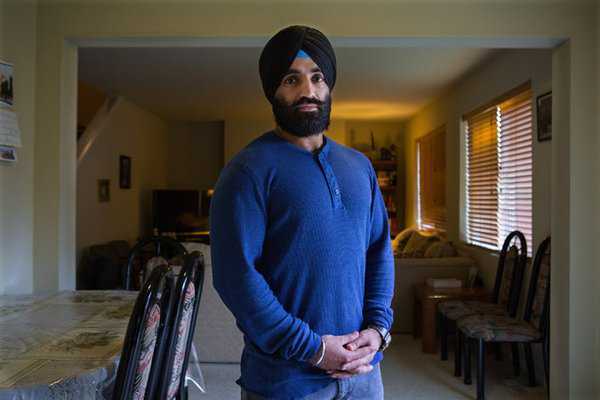 The US Army has issued a new regulation under which servicemen who wear turbans, hijabs or beards can now be enrolled in the military, making the force more inclusive of minority religions and cultures.

The new set of rules, issued by Secretary of the Army Eric Fanning, allows religious accommodations to be approved at the brigade-level. Previously it was at the level of Secretary.

Once that approval occurs, the change will ensure that the religious accommodation is enduring and applies to most positions within the US Army.

“This is a major progress, not just for the Sikh-American community but for our nation’s military. Sikh-Americans love this country and want a fair chance to serve in our country on equal footing. Today’s announcement will help do just that,” Congressman Joe Crowley said welcoming the directive issued by the US Army Secretary.

“We are a stronger nation, with a stronger military because of our respect for religious and personal freedom,” he said.

The move has been welcomed by Sikh-Americans and US lawmakers who have been on the forefront of a national campaign in this regard for the past several years.

Before the January 3 changes announced by the US Army, Sikh-Americans and others had to be granted a limited accommodation or permission to serve in the army while maintaining their articles of faith.

Such accommodations were neither permanent nor guaranteed, and had to be renewed after virtually every assignment.

Service members had also been required to remove their articles of faith while their accommodation request is pending, once again subjecting them to the difficult position of choosing between their faith and job.

Sikh-American Coalition, which has been on the forefront of such a campaign, welcomed the move, but said that this is still short of what they had been asking for.

“While we still seek a permanent policy change that enables all religious minorities to freely serve without exception, we are pleased with the progress that this new policy represents for religious tolerance and diversity by our nation’s largest employer,” said the coalition’s legal director Harsimran Kaur.

The new provisions update rules governing religious liberty that significantly improved the standards for Sikhs and other religious minorities who sought to serve their country with their religious articles of faith intact, she said.

Under the new policy, Brigade commanders must grant religious accommodations for unshorn beards, unshorn hair, turbans and Muslim hijabs unless the requestor’s religious belief is not sincere or the army identifies a specific, concrete hazard.

Last week, the New York Police Department (NYPD), in a move aimed at inclusiveness, said it would allow its Sikh officers to wear turbans and maintain beards.

According to the latest regulation, accommodations must be granted across all duty positions except in certain limited circumstances.

The army intends to conduct additional testing for the use of protective equipment by bearded soldiers.

“The Sikh articles of faith have always been consistent with the best of American values and we are pleased that the burden no longer rests with Sikh soldiers to prove this through a lengthy administrative process,” said Amandeep Sidhu, partner at McDermott Will and Emery.

In 1981, a prohibitive ban was placed on Sikh-American soldiers.

Last year, four Sikh-American soldiers, including the decorated Captain Simratpal Singh, filed a lawsuit against the US Army in this regard.

“My turban and beard represent my commitment to pluralism and equality. This policy change underscores the military’s commitment to these values and is a sign of meaningful progress that will ensure the strength of our democracy,” said Major Kalsi, who was the first Sikh-American in more than a generation to be allowed to serve in the US military without violating his articles of faith. PTI