JAMMU: The lack of coordination between the Pollution Control Board (PCB) and traffic police has led to delay in action against highly polluting vehicles in the city. 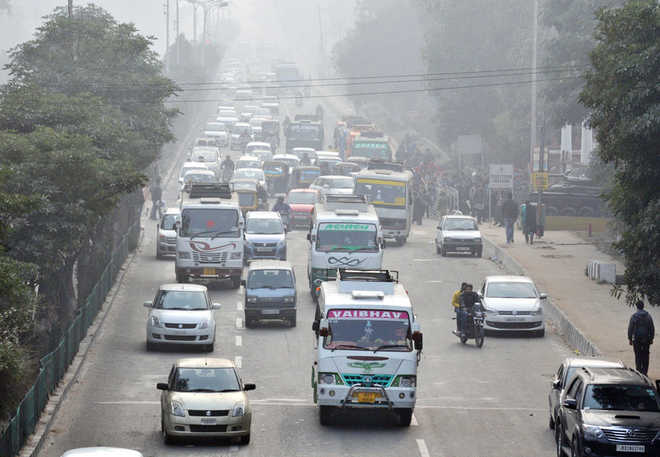 With the number of vehicles increasing every year, the air pollution level has gone up in Jammu. Tribune photo: Inderjeet Singh

The lack of coordination between the Pollution Control Board (PCB) and traffic police has led to delay in action against highly polluting vehicles in the city.

Air pollution continues to remain as the biggest cause of respiratory diseases among city residents.

Vehicles have to comply with the emission norms set by the government and they are being checked regularly by the authorised stations, established by the PCB, but many of the vehicles don’t follow the norms. The government data says that 7, 96,493 vehicles have been registered in Jammu and Kashmir.

“The winter capital of Jammu and Kashmir appears to have been paying a heavy ecological price for ongoing development activities and it is emerging as one of the polluted cities in the country due to its compact size,” said a PCB official.