Water being supplied to McLeodganj unsafe : The Tribune India

Water being supplied to McLeodganj unsafe

DHARAMSALA: Water being supplied to McLeodganj is not safe to drink. 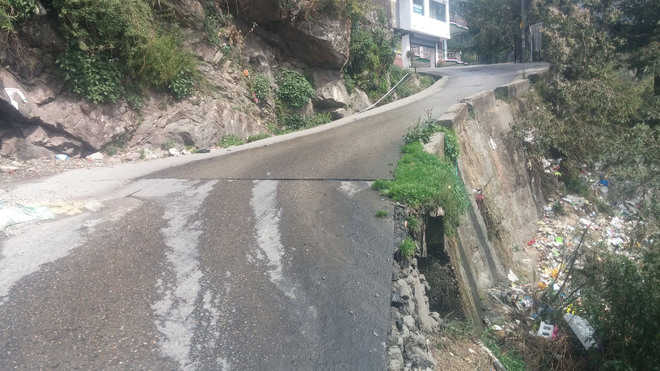 The leaking septic tanks at the entrance of McLeodganj. Tribune Photo

Water being supplied to McLeodganj is not safe to drink. It is contaminated with bacteria, viruses and parasites. The damaged water pipes supplying drinking water in McLeodganj and the leaking septic tanks are to blame.

The facts have come to the fore in a study carried out by Cynthia Travis, a hydro geologist from the US, who has been staying at McLeodganj for the past five years to study the Tibetan Buddhist philosophy and Tibetan language.

Cynthia said she was making the claims from the tests she had conducted on the water being supplied to McLeodganj.

She further said the cause for the contamination was leaking septic tanks, overflowing sewers, and animals and humans defecating on the ground. The contaminated water got into the drinking water system through leaky water pipes. Therefore, the water provided to hotels and homes alike got contaminated, she said.

“The water in McLeodganj needs to be treated prior to consumption. A system that works quite well in Thailand could be used here. In Thailand, they provide safe drinking water to everyone through reverse osmosis (RO) vending machines. These machines are placed on street corners so access is provided to the public. For a small fee, clean water is provided. I recommend the state water department to contact an agency in Thailand to determine the pros and cons of that system,” she said.

Cynthia said another approach was to install RO filtration systems in critical areas such as schools, hospitals, and monasteries.

A local NGO, LHA Charitable Trust, had been installing filtration systems in schools and high public use areas. They had installed over 50 filters. They not only installed filter systems, but also maintained them, she said.

Cynthia said the current water distribution system was a series of randomly placed water pipes that did not have the capacity to supply the water demand for all residents and a large influx of tourists to the area. She said there was a plenty of surface and ground water in the area to meet the needs. However, due to a broken distribution system and poor planning, there was a constant water shortage.