We have ample power for paddy season, says PSPCL chairman 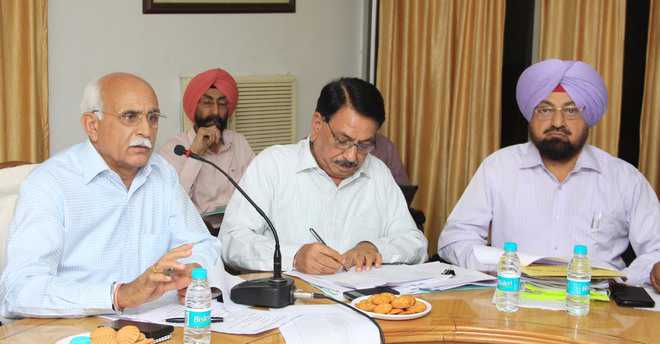 He was talking on the sidelines of a meeting with senior Distribution and Transmission officials at Shakti Sadan here today to stake stock of the preparedness of the department to tackle the power crises during summers.

On the rising discontent among the employees, Chaudhri said, “The latest techniques are being adopted by us. I am more bothered about my consumers but also understand the perception of the employees. I would say outsourcing is the need of the hour,” he asserted.

The problem arises when the peak load reaches 11,000 MW a day. We have still over a dozen trouble spots which could affect power transmission during the paddy season but we will rectify these before the start of the season, he added.

On the delay in redressal of consumer complaints despite launching the helpline number 1921, Chaudhri said, consumer service is lacking to some extent only. “Still we have been receiving over one lakh calls per month on an average and they are being attended in the minimum possible time.”

Complaints during the paddy season, which is critical to us, often rise to 2-3 lakh a month,” he informed. The pending tubewell connections will be cleared shortly. Officials have been directed to speed up the pending connections. On the water metering policy, he although this would increase their work load, the PSPCL was upgrading its software for this purpose.

Raj Kumar, chief of the Council of Junior Engineers, said it is sad that Chaudhri is keeping the consumer on priority while advocating the need for outsourcing.”