When Duleep Singh said ‘no’ to the Queen

Maharaja Duleep Singh rejected Queen Victoria’s offer to make his sons hereditary peers of the British aristocracy in exchange for the loss of the Koh-i-noor and other famous jewels looted from the Punjab treasury. 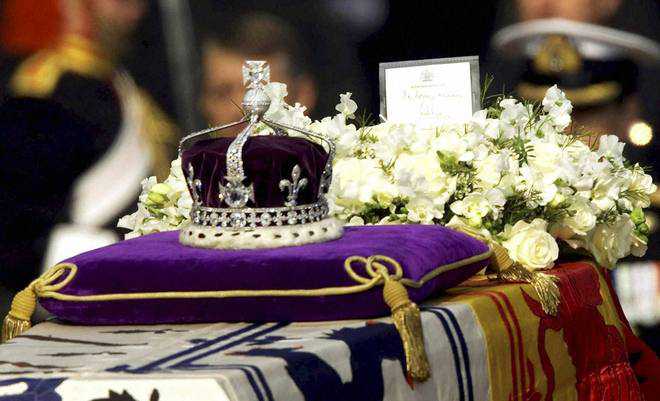 Maharaja Duleep Singh rejected Queen Victoria’s offer to make his sons hereditary peers of the British aristocracy in exchange for the loss of the Koh-i-noor and other famous jewels looted from the Punjab treasury. The hitherto unknown fact was conveyed through George Campbell, the Duke of Argyll and one-time Secretary of State for India, in a face-to-face conversation with the Maharaja at his private residence outside London.

Aristocratic titles did not carry any cash benefit, but guaranteed access to the monarch, elevated social standing and got one the right to sit in the House of Lords. Had Duleep Singh accepted the offer, his sons and their children would have become the first non-white peers of the British Empire. In rejecting the Queen’s offer, Duleep Singh explained, “I thank her Majesty… but we must remain Sikhs.”

What the Queen had in mind is contained in a memorandum prepared by the Reverend Osborne Jay, a British Foreign Office aide, who was invited to be a witness to the historic meeting with the Secretary of State for India hosted by the Maharaja at his 17,000-acre estate of Elveden Hall.

Later, commenting on Duleep Singh’s response, the Duke of Argyll observed how he “had never seen truer dignity or more real independence of spirit. I have reason for believing that the Queen, when told of all this, shared his opinion.” Only one other person of Indian origin has since been offered hereditary peerage, Satyendra Prasanno Sinha. He was made Baron Sinha of Raipur in 1919. The title is currently held by his great grandson Arup Kumar Sinha.

Queen Victoria’s aim at the time was to make Duleep Singh’s elder son, Victor, a Marquis, while the younger one, Freddie, would have been given earldom. These titles were among the several attempts made by the British government to placate the Maharaja and persuade him to remain a loyal subject of Queen Victoria.

The Queen was also starting to feel sorry for Duleep Singh who had tried and failed to find a white English woman of suitable social standing to marry him. Eventually, he married Bamba Muller, daughter of a German doctor and his Ethiopian partner.

Punjab ranked among the most glittering acquisitions of the British Empire and the Lahore treasury was said to be the richest in the world. It took two years to ransack it and sell the booty off in 11 separate auctions. Current estimates of the treasury’s value range from US$ 100 billion upwards.

The sad story of Punjab’s conquest is recorded in the Queen’s personal journal. In an entry dated 2 May, 1849, she comments: “Delightful news that entire Sikh army, including Chattar Singh and Sher Singh (military commanders of the Sikh army, who lost to the British in the Battle of Gujarat) has surrendered.”

In another entry dated 25 May, 1849, she describes receiving a letter from Governor-General Lord Dalhousie where he says that ‘the Punjab has been declared to be a portion of Your Majesty’s Empire in India and the Governor General will have the honour of transmitting to Your Majesty from Lahore the famous jewel of the Mogul Empire, the Koh-i-noor, the Mountain of Light (the largest diamond in the world) formerly set in the throne of the Emperors of Delhi.’

‘It may be regarded as the Historical Emblem of conquest in India & the Governor general rejoices it has found its fitting resting place in Your Majesty’s crown.’

Commenting on this, the Queen’s notes, “This is indeed a proud trophy & I shall rejoice in it for the future Sovereigns of this country.” India was not the only country to have its relics dispossessed. The British, under Lord Elgin, also stole the historic Greek marble sculptures, also known as the Parthenon Marbles, that he shipped to London and sold to the government in 1816. They are still kept at the British Museum in London. Lord Byron compared Elgin’s actions to vandalism or looting. Despite repeated requests from successive Greek governments, the British have refused to return the marbles to Athens.

Some critics have compared Elgin’s actions to those of Robert Clive, the British military commander in India who defeated French and Dutch forces in India before ransacking the Bengal treasury and returning to London in 1760 with a personal wealth estimated to be around Rs 300 crore.

Nearly 100 years later, Queen Victoria rejoiced in what she described as beautiful and interesting Punjab treasures offered for acceptance “which are of immense value and most curious and tasteful.”

In her journal entry dated October 23, 1851, she writes, “The jewels are truly magnificent. They had also belonged to Ranjit Singh & been found in the Treasury at Lahore. The very large pearls, 224 in number, strung in 4 rows are quite splendid & a very beautiful ornament.

“The girdle of 19 emeralds is wonderful & also of immense value. The emeralds square in shape & very large are alternately engraved and unfortunately all are cut flat. They are set round with diamonds and fringed with pearls. The rubies are even more wonderful. They are cabochons, unset, but pierced. The one is the largest in the world, therefore even more remarkable than the Koh-i-noor! I am very happy that the British Crown will possess these Jewels, for I shall certainly make them Crown Jewels.”