Jalandhar: The nine youth accused of a murderous attack on Burundi national Yannick Nihangaza here in 2012 now face the murder charge following receipt of a medical report and death certificate by the Jalandhar Commissioner’s office from the African nation’s embassy. 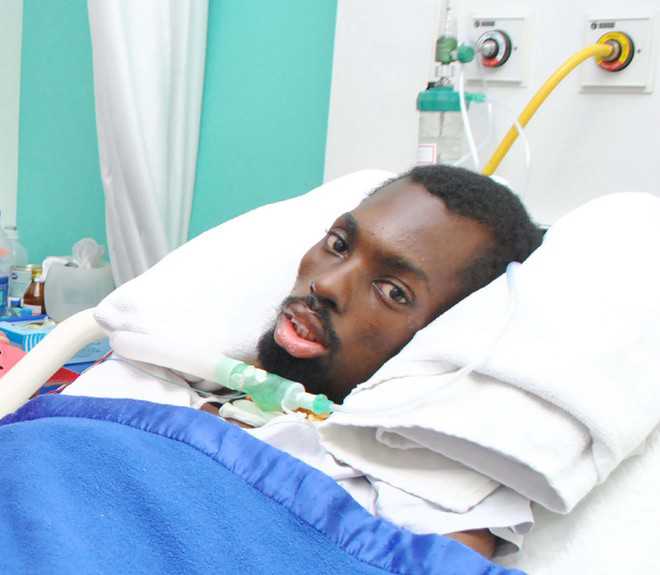 The nine youth accused of a murderous attack on Burundi national Yannick Nihangaza here in 2012 now face the murder charge following receipt of a  medical report and death certificate by the Jalandhar Commissioner’s office from the African nation’s embassy.

Taking cognisance of the medical report, the Jalandhar Commissionerate has converted the attempt to murder case into a murder case. This empowers the police to file a fresh chargesheet, clearing the way for a murder trial.

Yannick, a Bachelors in Computer Science student at Lovely Professional University, was on his way to a party when he was attacked by nine students in Defence Colony here on April 22, 2012. He remained comatose for two years, before being airlifted to Burundi from Patiala on June 16, 2014. He passed away a fortnight later.

ADCP AS Power confirmed that the murder trial would start soon. Yannick’s father Nestor Ntibategany said his son was innocent and had done “nothing bad in India. My dear Yannick died because of racism. I will never be the same person. I know that India is a big democracy. I want that justice be done”.

Rommy had obtained parole for 28 days on March 6, 2014, but did not return to the jail. One of the accused, Jaskaran Singh alias Jassa, who had fled to Australia after the attack, was arrested on May 7, 2014 by the Australian police and extradited on September 15, 2015. He is at present out on bail.

Rommy, son of deceased Superintendent of Police Dharam Singh Uppal, has been declared a proclaimed offender along with the son of a bus service operator, Rantaj. Both are said to have fled abroad on fake passports. Police are yet to issue a Look Out Circular for want of their passports.

Now, sand to be available in Punjab at Rs 5.50 per cubic feet; CM Bhagwant Mann dedicates 16 mines to people

Now, sand to be available in Punjab at Rs 5.50 per cubic feet; CM Bhagwant Mann dedicates 16 mines to people