ISTANBUL: Stephanie Frappart said she will prove female officials are as competent as their male counterparts when she becomes the first woman to referee a major UEFA competition final in the Super Cup between Liverpool and Chelsea tomorrow. Frappart, 35, will be assisted by her French compatriot Manuela Nicolosi and Ireland’s Michelle O’Neill. 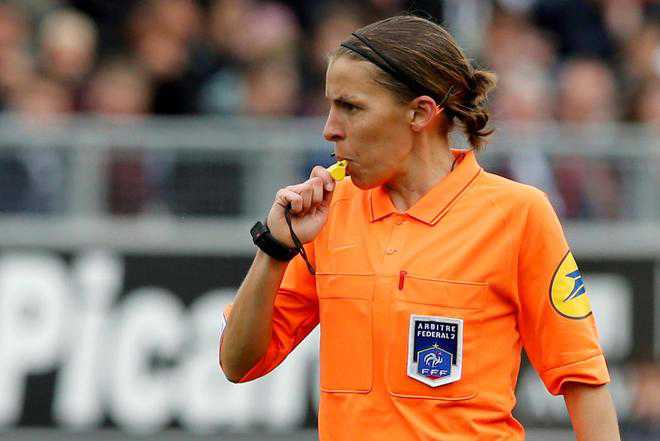 Stephanie Frappart said she will prove female officials are as competent as their male counterparts when she becomes the first woman to referee a major UEFA competition final in the Super Cup between Liverpool and Chelsea tomorrow. Frappart, 35, will be assisted by her French compatriot Manuela Nicolosi and Ireland’s Michelle O’Neill. The trio have worked together at bigger matches — they were in charge of this year’s Women’s World Cup final in France — but there is no doubt they will be under intense focus.

Asked if she was afraid of being “double criticised” for any mistakes made, Frappart said it was time for female referees to show they are as good as the men. “We have to prove ourselves technically and physically that we are the same as the men. We are not afraid about (wrong decisions). We are ready,” she said.

Chelsea manager Frank Lampard said he was pleased to be part of a moment in history. “I think the game has come on a long way in many ways, in terms of the women’s World Cup which we all watched this summer, in terms of how much respect the game’s getting, how many people are watching it and the interest in the game,” he said. “I think we were very slow everywhere on this and now we are trying to make strides and there’s still a long way to go but in terms of tomorrow I think it’s a huge moment. Its a historical moment that is one more step in the right direction.”  — Reuters

Jurgen Klopp wants Liverpool to make winning trophies a habit as they head back to Istanbul — the scene of one of the club’s greatest triumphs — to take on Premier League rivals Chelsea in the UEFA Super Cup tomorrow. The Anfield club memorably defeated AC Milan on penalties to win the Champions League by the Bosphorus back in 2005, and now they face Chelsea in the Turkish city after becoming European champions for the sixth time in June. The traditional curtain-raiser to the European season may not be taken entirely seriously by everyone, but neither club will turn their noses up at the chance of lifting more silverware, with Liverpool having just ended a seven-year trophy drought and Frank Lampard eager to kickstart his Chelasea managerial career. AFP