From ‘carrot & stick’ to just ‘carrot’

Ever since the Nixon-Mao honeymoon commenced in 1971, India has periodically faced an alliance of the US, an avowed champion of democratic freedoms, China, a one-party communist state, and Pakistan, a theocratic Sunni state, more often than not, ruled by its military. 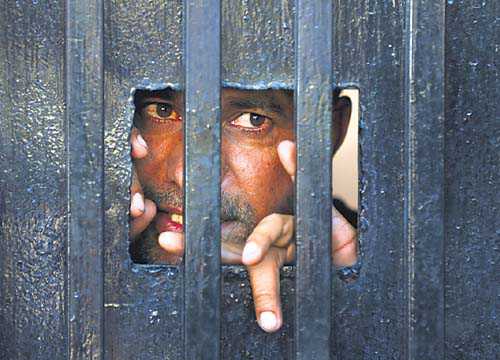 An Afghan policeman guards the Park Palace guesthouse in Kabul. A file photo

Ever since the Nixon-Mao honeymoon commenced in 1971, India has periodically faced an alliance of the US, an avowed champion of democratic freedoms, China, a one-party communist state, and Pakistan, a theocratic Sunni state, more often than not, ruled by its military. The visceral dislike that these three countries displayed in 1971 towards India is well documented. The Clinton Administration thereafter spent its first six years in office almost exclusively focused on an effort to "cap, roll back and eliminate" India's nuclear programme, while deliberately turning a blind eye to China's transfer of nuclear weapon designs, uranium enrichment capabilities, plutonium production and reprocessing technology and missile production facilities to Pakistan. This was coupled with not-so-subtle pressure on India on the issue of Jammu and Kashmir, including through the establishment of contacts with Hurriyat separatists. Even today the US seldom raises its voice against the violation of NSG guidelines by China when it supplies nuclear reactors to Pakistan.

There were certainly welcome changes in the US approach to India during the George Bush Jr. presidency, most notably symbolised by the India-US nuclear deal, which cleared the way for the end of global nuclear sanctions which India had faced earlier. While India did not get overly concerned about Colin Powell declaring Pakistan a “major non-NATO ally,” there were early warning signs about the propensities of the incoming Obama Administration to re-hyphenate relations with India and Pakistan. There were also concerns when Beijing was virtually given a role of jointly overseeing developments in South Asia with Washington. But the hard realities of Chinese assertiveness and global ambitions soon challenged American interests. India became an important partner for the US primarily to preserve American global supremacy by establishing a viable balance of power in Asia.

India does find itself well positioned by its partnership with the US in its “Look Eat” policies, especially in forums like the East Asia Summit and when working jointly with countries like Japan, Australia and Vietnam. One must, however, acknowledge that while we have tried to be on the same page with the Obama Administration on developments in Afghanistan, things have changed substantially ever since Osama bin Laden was killed by US Navy Seals in Abbottabad. As far as President Obama was concerned, the killing of Osama really marked the beginning of “Mission Accomplished” in Afghanistan. It made no sense any longer for the US to expend American lives and resources in that country. A process of “reconciliation” with the Taliban, which was no longer described as a “terrorist organisation” but as an “insurgent group,” commenced.

In these circumstances US policy on Pakistan shifted from one of “carrot and stick” to one of “carrots” alone. The Kerry Lugar legislation cleared the way for the resumption of military assistance to the tune of around $1 billion. What is, however, amazing is the manner in which the process of “reconciliation” with the Taliban has been conducted. While professing that this process is “Afghan led” and “Afghan owned”, the US has actually co-opted China and Pakistan as the lead players in virtually guiding the so-called “reconciliation” process. China, which has hardly provided any economic assistance to Afghanistan and only sought to exploit its natural resources after the ouster to the Taliban regime with which it had a rather cosy relationship, now hosts Taliban delegations in Beijing.  Amidst all this, the Taliban attacked the Park Palace Guest House in Kabul, where Indian expatriates reside, killing four Indian nationals. Washington, now enamoured by the Taliban and reportedly prepared to even accept Taliban nominees as Governors of Southern Afghan provinces, was predictably too preoccupied to condemn this attack.

The recent controversy over the alleged Pakistani army collusion in the killing of Osama bin Laden actually saw an influential former CIA official tell CNN that it was the CIA's assessment that only low-level ISI officials might have known of bin Laden's whereabouts in Abbottabad. He added that the CIA was persuaded that neither the then Army Chief, General Kayani, nor ISI chief Shuja Pasha had any knowledge about bin Laden's presence, barely 40 km away from the capital Islamabad.  Around the same time, one of Pakistan’s most distinguished journalists, Najm Sethi, revealed that apart from Kayani and Shuja Pasha, even President Musharraf knew that bin Laden was in Abbottabad!

New Delhi has to recognise that the support it has got from the Obama Administration in getting after the 26/11 perpetrators has been, at best, lukewarm. While Denmark received preferred access to David Headley, we were made to cool our heels for months. Moreover, under the US laws, Lakhvi and others involved can be tried in US courts as six US nationals were killed in Mumbai. The fact that the US is not prepared to do this does indicate a lack of seriousness on its part to bring the perpetrators of 26/11 to justice, evidently because such an action will expose the role of the ISI.

To cap it all, a recent report of the US Congressional Research Service has revealed that in its desperation to get Pakistani support for a smooth withdrawal from Afghanistan, the US is set to supply Pakistan significant numbers of its surplus weapons in Afghanistan under its “Excess Defence Articles” (EDA) provisions. While withdrawing its troops, the US should logically have been providing weapons it is leaving behind under the EDA scheme to Afghanistan, which lacks air power and logistical assets, apart from heavy equipment like armoured personnel carriers. Washington is instead gifting Pakistan with 14 advanced F-16 A/B “Fighting Falcon” strike aircraft, 59 T-37 military trainer jets and 374 M113 armoured personnel carriers.  The Obama Administration is working with Rawalpindi not only to legitimise and empower the Taliban, but also to freely enhance its air power and armoured capabilities.

While the Obama Administration wishes to use New Delhi to counter the rising power of China, it appears simultaneously set on undermining India's security with its doublespeak on terrorism and its policies on Afghanistan and Pakistan. Is this what the “India-US strategic partnership” is all about?