Getting approval a nightmare

CHANDIGARH:Installing solar power plants has become a nightmare for city residents who are facing much harassment for getting the requisite approval. 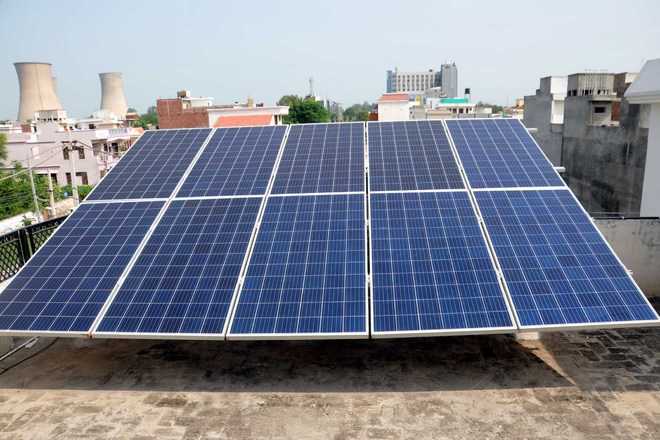 Installing solar power plants has become a nightmare for city residents who are facing much harassment for getting the requisite approval. From approval to release of subsidy, they are facing hurdles at each step. Overcharging by vendors is a major issue that the department has reportedly failed to address.

While the UT is pressurising residents to instal solar panels, over 50 per cent of government buildings are yet to follow the norm. The Estate Office notification dated May 16, 2016, made solar panels mandatory for new houses while existing ones were given two years to comply.

Abdul Qayum, Additional CEO, Chandigarh Renewal Energy, Science and Technology Promotion Society (CREST), says of the 7,500 buildings, SRPs have been installed on 1,563 private buildings and 261 government buildings while 4,836 proposals are under consideration.

“All government buildings will install solar panels within the time frame and action will be taken as per the law against government departments too,” warns Qayum. Vinod Vashisht, president of the Government Houses Welfare Society, says the Administration is expected to lead by example. “Any action should be first taken against government officials for violation.”

While the notification issued by the Estate Office makes it mandatory to instal rooftop solar panels, it is silent on action in case of violation. The notification under Section 4 of the Capital of the Punjab Development and Regulation Act does not mention any action to be initiated in case of non-compliance. But Assistant Estate Officer Manish Kumar Lohan says legal view will be sought before taking any action.

On the other hand, advocate Vikas Jain says no resumption order can be passed for failure to instal solar panels as solar plants come under the definition of “machinery”.

Federation of Sector Welfare Associations general secretary JS Gogia (74), while explaining the row over installation of solar plant, said: “There are myriads of issues pertaining to it. Firstly, some of the owners have settled in foreign countries while they have rented out their accommodations. Now, the tenants say why should they bother to install the solar panel? The ownership of a residential building is also parted floor-wise and notices are being issued to the owner of the ground floor.”

Gogia said: “There is also a delay of four to five months in sanctioning subsidy by CREST.”

CREST has empanelled 45 engineering procurement construction (EPC) contractors for the installation of rooftop plants and 30 per cent subsidy, as provided by the Government of India, should be released to the consumer if they get it installed through any one of the vendors.

With solar net metering, consumer pays for the difference between import and export energy (net metered energy). For instance: a consumer imports during a billing cycle 900 kWhr (units) and exports 500 kWhr, the electricity bill will be for 400 kWhr. Similarly, if a consumer export 500 kWhr during a billing cycle and imports 300 kWhr, then excess export of 200 kWhr will be carried over to the next billing cycle and so on until the settlement period ends. Settlement period is from April 1 to September 30 and October 1 to March 31.