THIRUVANANTHAPURAM:Captain Shubman Gill missed out on a century by 10 runs while Jalaj Saxena struck an unbeaten 61 as India A dominated the proceedings on the second day of the first unofficial Test against South Africa A. 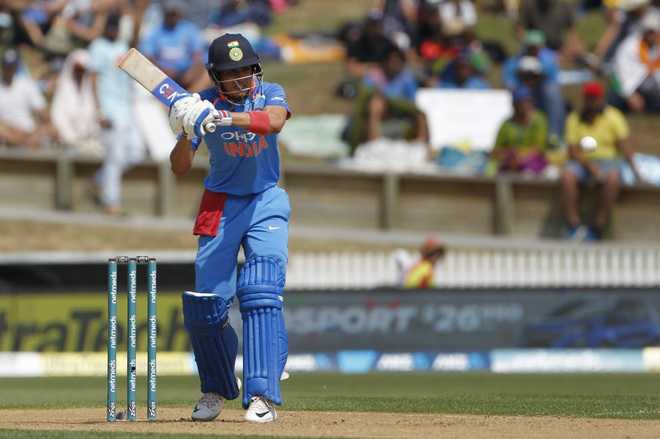 Shubman Gill hit 13 fours and one six in his knock of 90 runs on Tuesday. file

Captain Shubman Gill missed out on a century by 10 runs while Jalaj Saxena struck an unbeaten 61 as India A dominated the proceedings on the second day of the first unofficial Test against South Africa A.

After gaining a first innings lead of 139 by making 303 in 87.5 overs in reply to South Africa A’s 164, the Indian bowlers reduced the visitors to 125/5 in their second innings at stumps. South Africa A now trail India A by 14 runs with five wickets in hand.

Gill (90) missed out on a well-deserved century, getting clean bowled by off-spinner Dane Piedt. Gill hit 13 fours and one six from the 153 deliveries he faced.

However, all-rounder Saxena underlined his utility, scoring an unbeaten 61, his 100-run partnership for the eighth wicket with Shardul Thakur (34) sparking the revival and ensuring that India A got a sizeable lead. For SA A, Lungi Ngidi (3/50) and Piedt (3/84) were the best bowlers.

South Africa A lost their openers early in the second innings too, with Mohammed Siraj castling Pieter Malan for 4. Skipper Aiden Markram was out for 4, nicking one from Shardul Thakur to wicketkeeper KS Bharat. Zubayr Hamza, who has played a solitary Test so far, showed a lot of resilience as he handled the India A pace bowlers and spinners with assurance.