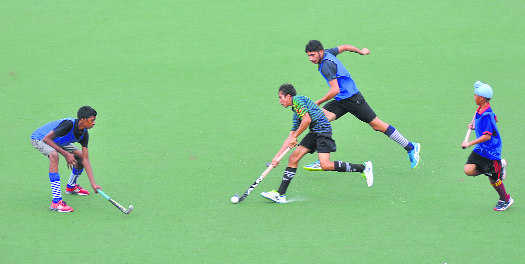 Players vie for the ball during a match between Government Model High School, Sector 42, and Wonderer Club in the Chandigarh State Sub-Junior Championship at the Sector 42 Stadium on Saturday. Photo: Vicky

Gurkirat Singh scored six goals for the side after Manish Kumar put the side ahead in the first minute of the match.