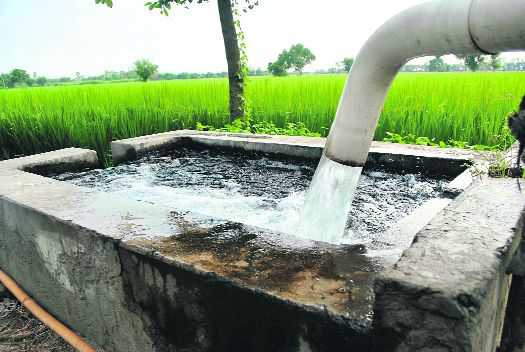 The Union Government has revised guidelines of groundwater extraction to strengthen regulatory mechanisms.

The revised guidelines have been issued after NGT directions and will come into effect from June 1 next year.

The salient features of the new guidelines include introduction of water conservation fee. The fee varies with the category of area, types of industry and quantum of water extracted.

The government’s stand is that the fee structure is designed to progressively increase from safe to overexploited areas and from low to high water-consuming industries as well as with increasing quantum of groundwater extraction.

It hopes that the application of fee would discourage new industries in overexploited and critical areas as well as act as a deterrent to large-scale extraction of water by industries, especially in areas which have become vulnerable.

The fee mechanism, however, has miffed experts. “Rather than banning extraction of groundwater in areas which have been alarmingly overexploited, the government has made the issue negotiable,” noted social and water activist Medha Patkar said.

The new guidelines encourage use of recycled and treated sewage water by industries, provide for action against polluting industries and mandatory requirement of digital flow meters.

Exemption from requirement of NOC has been given to agriculturalists, people employing non-energised means to extract water and individual households using less than 1-inch diameter delivery pipe.

The remaining 10 per cent is for drinking and domestic as well as industrial use.

Rather than banning the extraction of groundwater in areas which have been alarmingly overexploited, the government has made the issue negotiable. — Medha Patkar, social activist