NEW DELHI: External Affairs Minister Sushma Swaraj on Sunday said the Central Government is going to take the year-long celebration commemorating Guru Nanak Dev’s 550th birthday to the entire world and invited World Punjabi Organisation (WPO) to be a partner for the same. 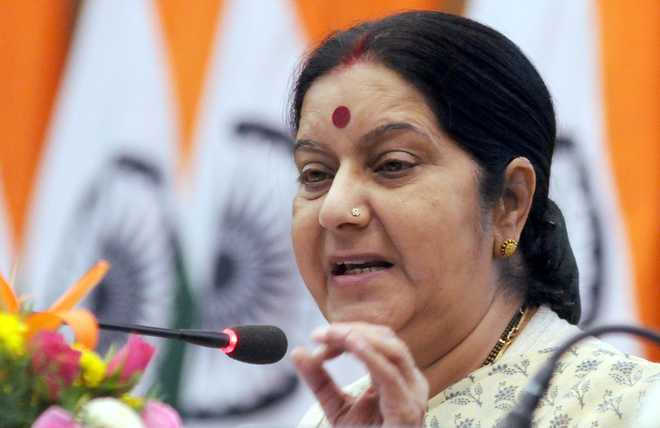 External Affairs Minister Sushma Swaraj on Sunday said the Central Government is going to take the year-long celebration commemorating Guru Nanak Dev’s 550th birthday to the entire world and invited World Punjabi Organisation (WPO) to be a partner for the same.

“Shri Guru Nanak Dev Ji’s 550th birthday will be celebrated in all the major Indian missions abroad,” said Swaraj while addressing a gathering in the national capital on occasion of ‘Gurbani Kirtan’ jointly organised by World Punjabi Organisation and Indian Council of Cultural Relations, under the Ministry of External Affairs to commemorate the 550th birth anniversary of the founder of Sikhism.

Swaraj reflected upon the teachings of the first Sikh guru and underscored the importance of secularism in the country and the need to spread the message of universal brotherhood in this present time of challenges and tribulations when the society is caught in a battle of “I, me and myself”.

“The message of ‘We are one and we need to remain one’ is very important for peaceful coexistence,” added the minister as per a statement issued by WPO.

“Guru Nanak Dev Ji remained an icon of truth, compassion, and righteousness throughout his noble life. Divine teachings of Nanak Dev Ji would forever inspire humanity to follow the path of righteousness and respect for all irrespective of caste, creed or religion” the minister was quoted as saying.

The ‘kirtan’ (religious hymns) was performed by Bhai Nirmal Singh Khalsa from Golden Temple and the programme was well attended by ambassadors of various countries in India, among others dignitaries.