Thankfully, in the uppity fashion circles of India, the cause of ‘handmade’ has been making the right kind of noises. 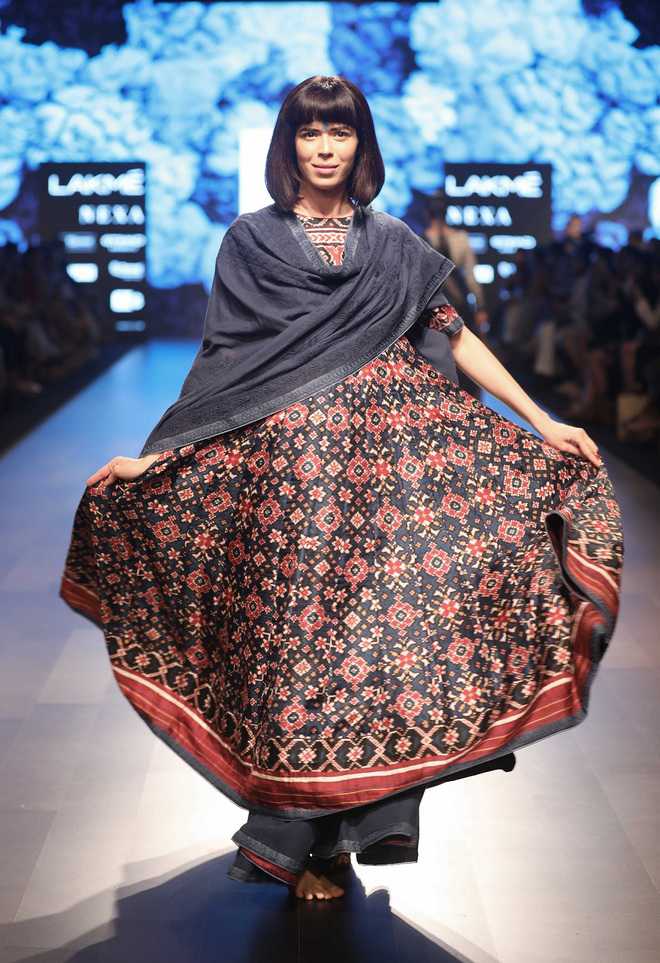 Thankfully, in the uppity fashion circles of India, the cause of ‘handmade’ has been making the right kind of noises. We know what happened to chikankari once Manish Malhotra decided to bestow his blessings on the traditional embroidery from Lucknow in his maiden collection Mizwan first showcased back in 2010. But then, it’s the thread work that also found patrons in couturier duos Abu Abu Jani & Sandeep Khosla and Meera & Muzzafar Ali.  Phulkari too has had its moments under the arc lights, having been showcased in Manish Malhotra’s and Gaurang Shah’s collection.  We know what Anita Dongre did to the traditional ribbon embroidery from Rajasthan called gota patti, right? She made the traditional craft every modern Indian bride’s dream possession. Wendell Rodricks can be truly and solely credited for reviving Kunbi saree through a project.

As for Ritu Kumar, we are well aware of her artisanal philosophy wherein heritage revival is more than just a hashtag.  It’s a similar story for jamdani, zardozi, labour-intensive hand block prints. While most traditional prints, weaves and textiles have been done justice to, at the end of the day, this is India, which means there are a lot many out there waiting to be discovered and made relevant.

We talk to twenty-something designers dedicated to the cause of lesser-known traditional weaves, prints and textiles of India. “India is very rich in textile from the very beginning; every place has its own textile depending on what fibre is available in the region. Depends if it is wool, cotton, silk and many more. Most of the designers are taking a step back and appreciating our old traditions and techniques because it has its own charm in this fast moving world,” 26-year-old Stanzin Palmo from the label Zilzom feels all things traditional are in fact all the more relevant today since modernisation has impacted the craft of weaving as people prefer fast moving goods while weaving is a slow craft.

“There are two kinds of weaving—handloom and the power loom. Most weaving in India is done on handlooms,” shares the designer all set to showcase at the Lakme Fashion Week’s upcoming winter festive edition. She adds, “Similarly, I am trying to revive the weaves of Ladakh, which is also fading away with time. Due to modernization, the artisans of Ladakh are looking for more securing jobs and abandoning the skills they have, resulting in the loss of craft.”  Which is why she has been working on a collection with the artisans of Ladakh for producing pashmina shawl, (Nambu) sheep wool, yak wool and camel wool using traditional techniques like hand spinning, hand reeling and handloom weaving. “Ladakh is also known for its tie-resist dyeing (Thigma) that can be traced dated back to the 10 century. Nowadays it is rarely being worn by the women here.”

There is so much about the places whose craft hasn’t been done justice to. Even at places like Lucknow, there are works beyond the now ubiquitous chikankari. “Indian crafts have always been an inspiration to me. There are so many crafts, each unique and has its own charm, so much to explore. Growing up in Lucknow, I am a firm believer of not changing the craft completely (so that it doesn’t lose its essence), but rather extracting its element and incorporating it into new designs, giving it a minimal touch; moulding it in our aesthetic,” shares Ankita Srivastava from Little Things Studio, whose next collection boasts of prints inspired by Matisse hand drawings.

Similarly, 24-year-old Mumbai-based Manjushree Saikia has been working on Eri, Muga, mulberry silk of Assam and Chanderi tissue, and some of the other indigenous handloom crafts, which are lesser explored and have so much to offer. “In my upcoming collection, I am exploring organic tea dye on handloom fabrics.”

I am reviving the weaves through pashmina of Ladakh, which has been a hidden gem tucked away in the hills of Ladakh. India has a rich history of weaving. Indian cotton textile is an example, which has been present from 5000 years till date. I want Ladakh to be recognised by its pashmina, which is the finest in the world. I believe creating awareness is a way of reviving the textile, as people don’t even know it exists.
Stanzin Palmo

I also am interested in Kalamkari and Sujani, like telling stories and concepts through the shapes, prints and embroidery. There’s really a whole ocean to explore.
Ankita Srivastava

I’am trying to revive Indian handloom craft by appreciating the rawness, texture and simple luxury feel of handloom fabrics. That also includes, honouring the artisans who weave for us. Ura means to fly and Maku is the shuttle in weaving, that’s how I derived the label name Ura Maku.
Manjushree Saikia