AMBALA: The Dera Sacha Sauda had constituted ‘qurbani’ teams to trigger violence in the district after the conviction of its chief Gurmeet Ram Rahim Singh. 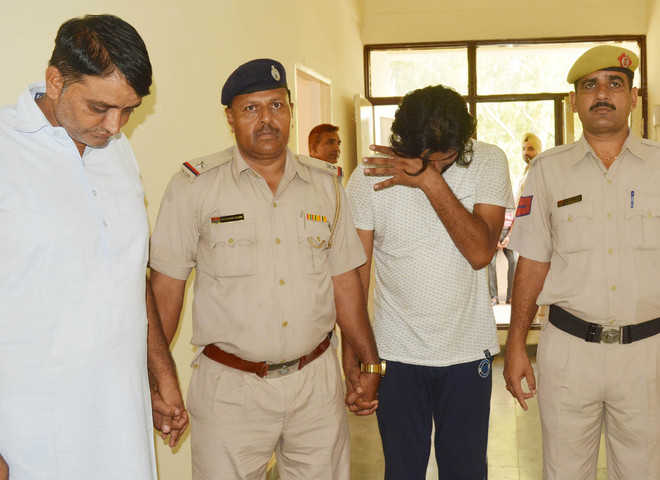 The Dera Sacha Sauda had constituted ‘qurbani’ teams to trigger violence in the district after the conviction of its chief Gurmeet Ram Rahim Singh.

Ashok was nabbed just before the conviction of the dera head, while Puneet was in Panchkula on Friday and was arrested yesterday.

Puneet is a lawyer and cousin of Vineet Kumar, a resident of Jandli, who died during violence in Panchkula on Friday. Puneet’s father, who is also a lawyer, was among those arrested by the police in Panchkula.

The accused told the police that they had collected Rs 38 lakh from the dera followers and the money was to be distributed among the ‘qurbani’ teams to trigger arson and damage public properties. The police recovered the money from the house of dera follower Jairam, a resident of Gola village in Mullana, who is still at large.

Puneet used to manage the affairs of a Naam Charcha Ghar in Ballana village of Ambala from where a Range Rover was recovered during a search operation.

Superintendent of Police Abhishek Jorwal said Ashok was arrested following a tip-off that he was instigating the dera followers to come on roads and reach Panchkula in maximum numbers. The case was handed over to the CIA-1 and during questioning, Ashok revealed the name of Puneet who was arrested yesterday, he said. Both the accused were booked under sedition charges.

During questioning, the accused revealed that the money was collected at the block level and it was to be used to trigger violence if the dera chief was convicted. For this purpose ‘qurbani’ teams were constituted. However, it is yet to be ascertained by the police that how many teams were constituted and how many members were in the teams.

The SP said Puneet was today produced before a court which sent him in police remand till August 30. They had admitted that ‘qurbani’ teams were constituted to trigger violence on the directions of the dera headquarters, he said. “Further investigation is on and some more arrests will be made in connection with the case,” he said.