CHANDIGARH: Over 200 people are said to have taken ill due to an outbreak of diarrhoea and gastroenteritis at Babanpur village of Fatehabad district allegedly due to the consumption of contaminated water. 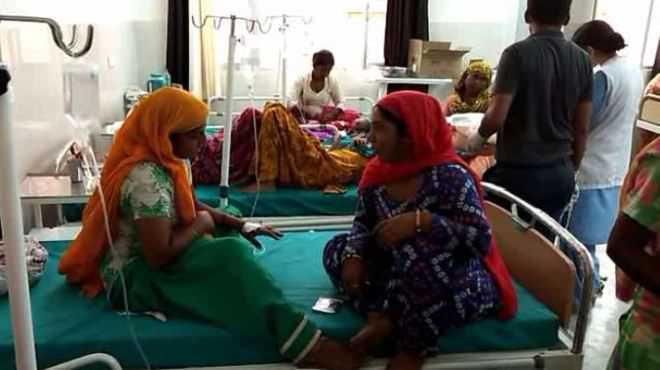 Between 70-80 patients are being treatd for diarrhoea at private hospitals at Ratia in Fatehabd district. Tribune photo

Over 200 people are said to have taken ill due to an outbreak of diarrhoea and gastroenteritis at Babanpur village of Fatehabad district allegedly due to the consumption of contaminated water.

Fatehabad Civil Surgeon Dr Manish Bansal said that the health authorities have provided treatment to about 80 patients suffering from vomiting and loose motions at the outreach camp organised in the village on Wednesday. Of these, 18 have been admitted to the civil hospital at Ratia.

However, Bibo Indora, a Zila Parishad member who hails from Babanpur village, alleged that the actual number of patients was over 200.

“This all started on Sunday when people started complaining of vomiting and loose motions. More than 50 people were shifted to Mansa in Punjab as our village shares the border with that district. Many others are taking treatment in private hospitals in Ratia town of Fatehabad,” she said.

Indora alleged that the drinking water being supplied to the village by the Public Health Department is underground water. It is highly contaminated due to leakages in the pipes.

She said that despite a canal of the Bhakra canal system passing through the village, the authorities had not heeded their long-standing demand to supply canal water to the village.

Civil Surgeon Dr Manish Bansal said that the number of patients was not more than 80.

“We received information that 70-80 patients were getting treatment for diarrhoea at private hospitals in Ratia. We sent a team comprising a doctor, nurses, pharmacist and paramedics to the village on Wednesday. Most of the patients are better now. Only 18 needed hospitalisation,” said Dr Bansal.

The Civil Surgeon alleged that contaminated drinking water appeared to be the reason for the outbreak.

Meanwhile, Hoshiar Singh, Executive Engineer of the Public Health Engineering Department at Fatehabad, denied any contamination in the drinking water being supplied to the village.

“We have been supplying clean drinking water with proper chlorination. Our department has been conducting a campaign against insanitary water connections often installed close to drains of waste water,” he claimed.

Hoshiar Singh claimed that the outbreak was either because of water served at a “chhabeel” a few days back or due to some insanitary water connections being operated in the village.